There are 3 major types of confidence, and yet confidence is just one thing at the end of the day.  It’s your belief in yourself.  However, like many of life’s truths, there are contradictions.

Confidence is everything when you have it, and nothing when you don’t have it.  A man with confidence is a man who believes in himself.  He knows how important believing in himself is for not only his future success, but also for his day to day happiness.

Men are afraid to become confident

We live in a sad, weak world where many men fear becoming confident for the shame of being labeled as arrogant.  But can you see the flaw in this logic?  Or just the plain lack of understanding.  A man whose confident won’t care if others perceive him as confident or as arrogant.  Of course I don’t want you guys to become arrogant, which is when a person who thinks highly of himself looks down on others.   I’d rather have you be confident, where you believe in yourself yet don’t need to have hate for your fellow humans.

That being said, you shouldn’t fear being viewed as arrogant.  Only a man with no confidence would worry about that.  A man with confidence, with real confidence, doesn’t care about how others view him.  Besides, a confident man who also as a but of social awareness knows that other people care about what he thinks of himself more than what they think of him.  Men will respect you based on how confident you are.  Women will be more attracted to you based on how confident you are.  Even if people say things behind your back, they’ll admire your confidence.

Confidence is built through mental work and real work.  Some guys will write to me saying that it’s not good to be confident without taking action.   No shit.  That’s not confidence, that’s wishful thinking.  If you say “women love me” or “I’m financially free” and you’re a virgin whose in debt, you’re just lying to yourself.  Those affirmations won’t work because you aren’t taking action.

Wishful thinking with no action is dangerous.  However, doing the mental re-programming, which can include the right affirmations, along with real daily tasks, will build confidence over time.

If you master the 3 types of confidence discussed below, you’ll become confident.

Some guys are just naturally confident from day one.  Generally they had parents who raised them well, or they did well with girls from the time they entered elementary school.  And while most guys without a father are beta and weak, there are some guys who rose up, became men early on, and became ultra confident.

Whatever the case is, confidence actually isn’t “natural”.  You believe in yourself when you’ve done things that have paid off.  Some guys do things well when they’re young and so they’re confident their whole life.  They believe in themselves from the time they’re children or young adults and this stays with them.  That’s what I mean by saying a man is “naturally” confident.

It’s not just wishful thinking with no action.  That’s what beta males do.  A confident man takes action towards his goals, and / or has already had success in a certain arena that he just doesn’t care.  For example, let’s say you have slept with 100 women, many being beautiful high quality women.  And let’s say some girl who is supposed to come over is starting to test you or say “what’s in it for me?”.  A confident man might say something like “you get to hang out with me”.  But he also just might ignore the woman.  All women test, but a test this early on is a sign that she’s going to be more trouble than she might be worth.  Even though he’s confident with women, he just might choose not to deal with her.

“Believe in yourself” and “don’t care” are opposites, yet the same

If you believe in your own value, either of these approaches to a situation works.  That’s why a man who gives a complete fuck but gives it 100% can be confident as a motherfucker.  At the same time, the man who cares not at all can also be confident as hell.

It’s the guys who care about the result, but don’t believe in themselves who lack confidence.  Either know you can do it, or don’t car about the result.  Better yet, once you’ve achieved a results so many times, you know you can do it, and yet also completely outcome independent.  This goes for getting women, making money and becoming financially free, preforming, public speaking, making your favorite food, creating a piece of art, anything in life.

Confidence is everything when you have it, you feel amazing and you don’t give a fuck at the same time.  And it’s nothing when you don’t have it.  That’s why you need to build confidence in your life.  I’ll break down the 3 types of confidence, which will give you a practical way to get started to build your overall belief in yourself. 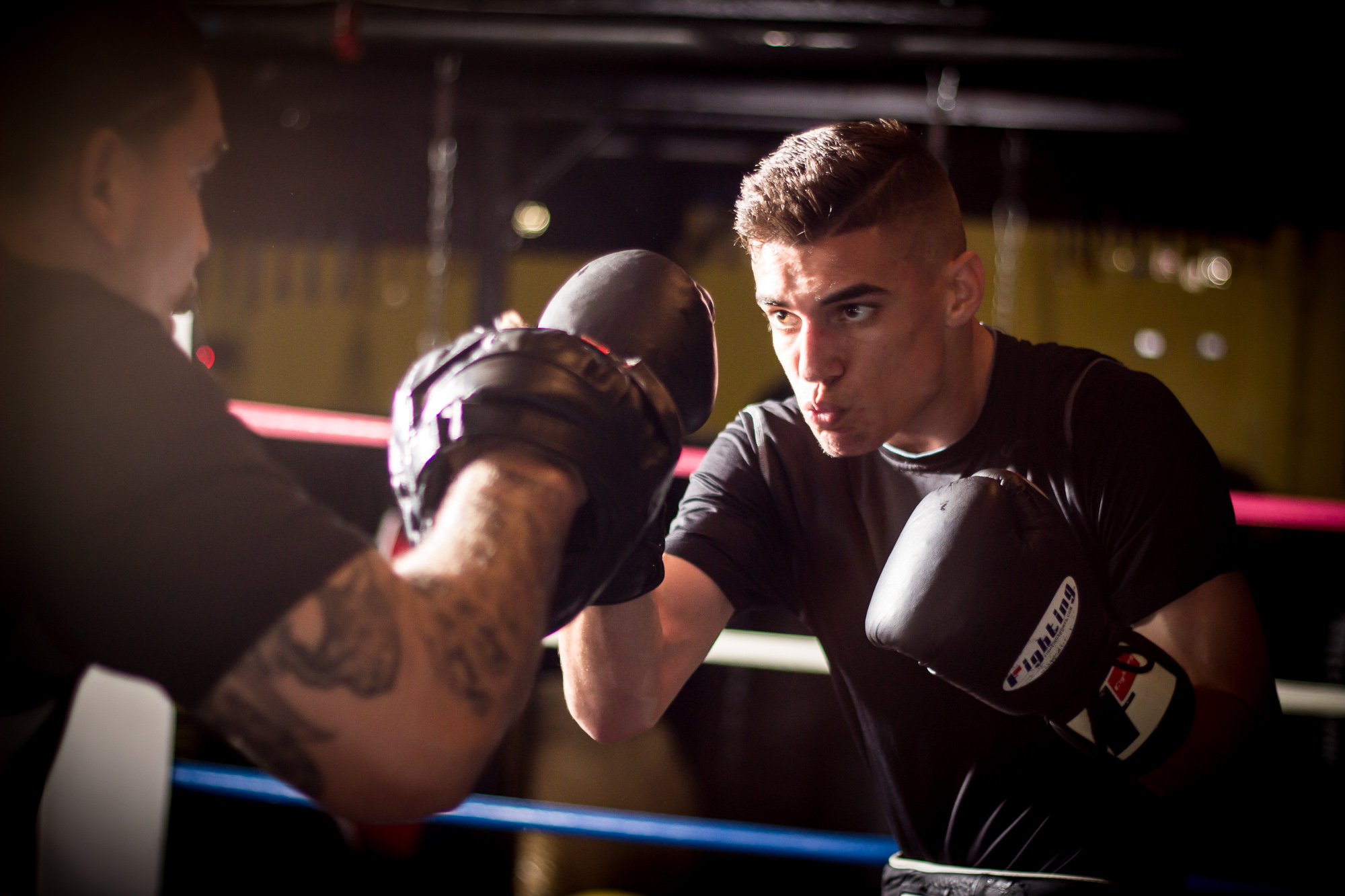 The first types of confidence is competence.  This is your ability to do something to a certain degree of proficiency.  When you continually do something, you get better and better.  Some people are better naturally than others.  But anyone who commits to something will develop competence in this area.

But regardless, through taking consistent action in a certain area of life, you’ll develop competence.  Focus on the process and you will master that process.  You’ll know you have a certain degree of skill at something, without hesitation, because you’ve put in the work to build that skill.  This gives you confidence in whatever the specific area.  For some guys, this makes them overall confident in their life.  For other guys, this adds a little bit to their overall confidence but not much.

The more things you become competent at, like talking to girls, making money, defending yourself, etc., the more confident you’ll be overall in your life.  Of the 3 types of confidence, this is the most tangible.  If you don’t want to do any “mental” work, which can make this much easier, taking action to get better at things is the most practical way to build confidence.

Type 2: Ability to adapt or learn

The second of the 3 types of confidence is your belief in your ability to learn or adapt.

For example, if you box for 3 years, you still have zero experience in muay thai.  But you know that since you learned boxing, you can also apply what you’ve learned to muay thai and pick up the other skills.  You may not have any real experience in muay thai, so kicks, elbows, clinching, and knees are all new to you.  The stance and pace is different.

But… you know you’ve learned how to fight in a different set of rules before.  You know you can get hit and learn the rhythm.  So this gives you confidence in your ability to get better.  You believe you can learn how to adapt.

How much you extrapolate this depends on your imagination.

The more things you become competent in, or the few areas you really care about – money/business, dating, fitness – the more your Type 2 confidence will develop.  You can see how these are related. 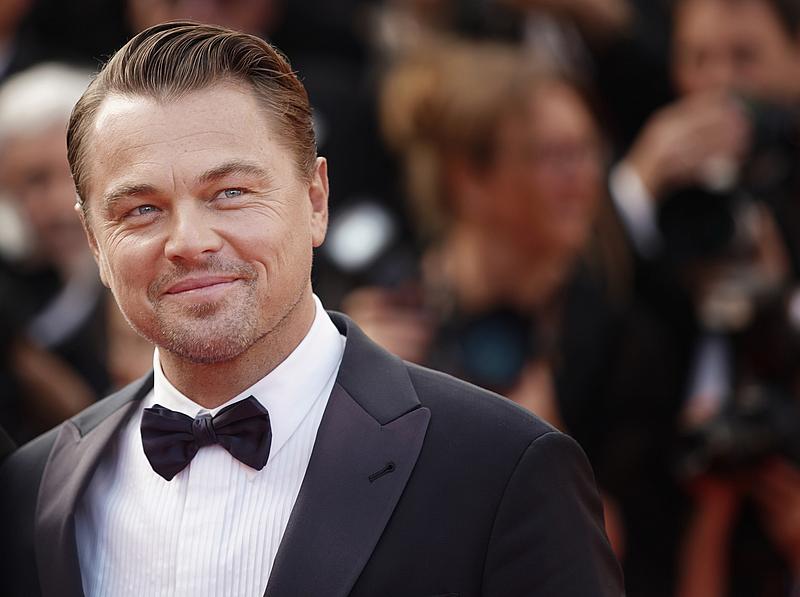 This is the last of the 3 types of confidence.  And it’s the most important.  Intrinsic value is the ultimate type of confidence.  It can be built with the others or be realized on it’s own.

Intrinsic value is when you believe in your inherent value as a human being.  As human beings, as life, we’re all valuable.  It’s just that most people don’t realize their value.  Everyone’s value isn’t equal when it comes to desirability or ability to lift wrights or make money.  But every human life has equal intrinsic value.

Your value can be up or down in the sexual market place.  A man can have more power in a relationship with a woman or vice versa.  And in those cases positions are not equal.  The position is not the same.  The perceived value is not equal.

But every human life, and all life actually, has intrinsic value.  A confident man believes this, while being aware people occupy different positions, where as the arrogant believes he’s better than others.  A confident man knows he’s more successful than others, but doesn’t necessarily hate or wish bad on others.

If you develop your intrinsic value, or really just realize it, you’ll be confident as hell.  You can do this through building your Type 1 and Type 2 of confidences.  When you get good at multiple things, you’re competent in many areas and belief you can learn new things.

However, if you re-program your mind, you can realize you’re valuable as is.  For example, let’s say you go to a dance class.  You’ve never danced before besides  stupidly when you’re  messing around.  Most people drag themselves to the class and while they eventually get good if they stick with it, it’s rough.

While you may suck equally, and eventually get better, you can have laugh at yourself and have a good time.  This is if you realize your intrinsic value.  If your value doesn’t depend on the outcome of what you’re doing, whether you’re a pro or the worst one in the room, you’re going to be confident.  You don’t have to be delusional about your abilities.  It’s just that you’re confident in your worth regardless.

When you re-program your mind and ways of thinking, you can realize your intrinsic value.  This also takes effort, but anyone can do it if they put in the effort.

Why is confidence everything?

Confidence is everything because when you’re confident, you feel great in the present, and you have the courage to drive towards future success.  Believing in yourself makes your current life better and increases the chance your  future situation will be where you want it to be.  Confident people enjoy life more each day, and go after what  they really want. 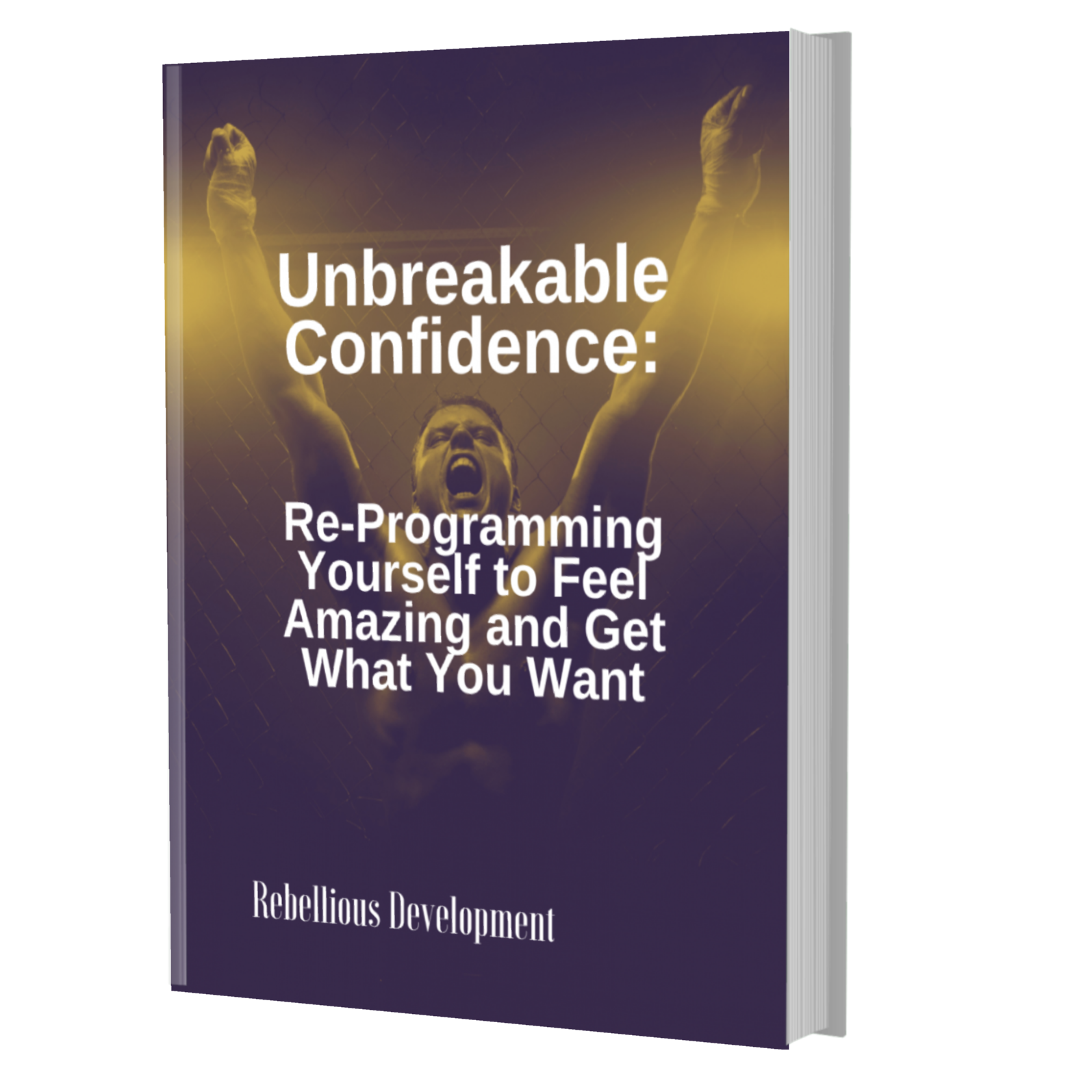 You can develop confidence.  It’s not magic, it takes effort.  It takes  time.

But it doesn’t need to take 20 years.  you can become massively more confident within 6 months of hard work, and make vast strides within a year or 2 of consistent effort.  It’s not about just saying fancy things.  It’s about taking daily action AND re-programming your mind.  Then you’ll feel great and have bright future.  It’s not just about making money or winning in the material world.  It’s about believing in yourself through  changing the way you think and through taking action.  And in doing so, you’ll get more out of each day, and you’ll have the balls to go after what you want.