5 Signs you’re Obsessed with a Girl 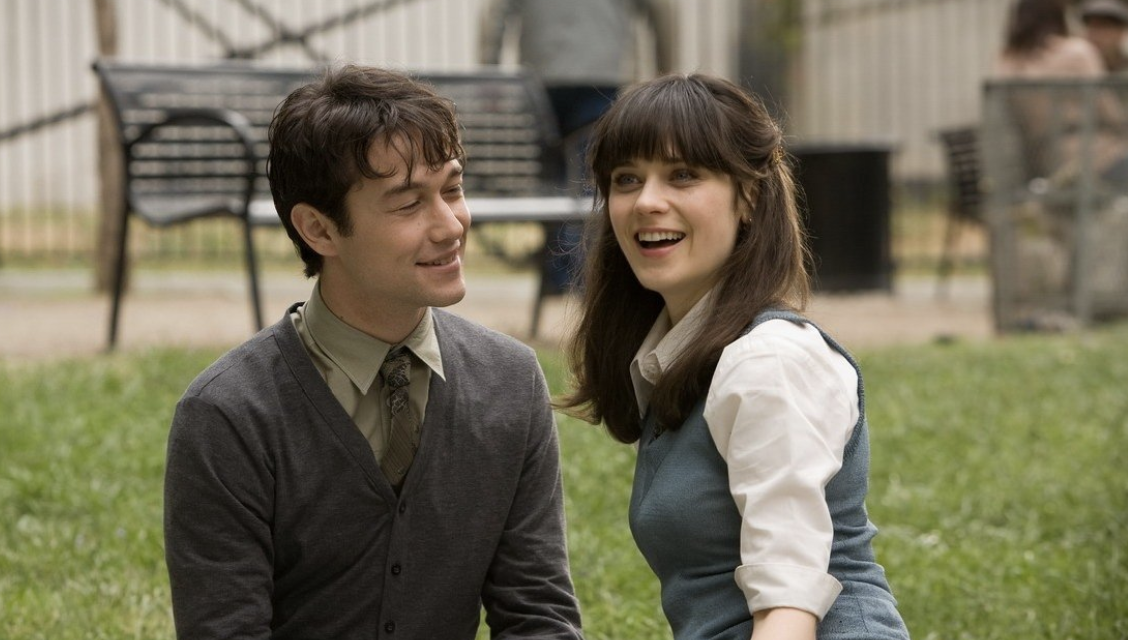 Being obsessed with a girl will do nothing good for you or her.  You’ll ruin your chances of sleeping or dating her.  And you’ll just creep her out in the end.  Which is why you need to realize if you’re starting to become obsessed with a girl so you can correct your behaviors.

A lot of guys get oneitis for girlfriends, ex girlfriends, and wives.  But I’ve noticed a lot of single guys also get obsessed with a girl they know.  Often times a girl they haven’t even slept with.  Which makes sense if you’re a younger man and crush on an attractive women.  But you need to realize this is fucking up your game.  Which means you’re decreasing your chances with her and also holding yourself back from meeting other amazing girls.

So let’s talk about the 5 signs you’re obsessed with a girl and see if you’ve been slipping.  I won’t guarantee you can always reverse things and end up getting the girl, but I promise I’ll give you the best chance at doing so and using this to make yourself better.

Always texting a girl first is a huge signs that you’re obsessed with a girl.  The reason my article she never texts first is one of my most popular is because it’s a problem guys have.  In the modern age texting is the main form of direct communication two people when they’re not around.  Which means that texting girls is another way to flirt with them and more importantly make plans.

Now when you first meet a girl, you’ll usually need to text her first and initiate contact.  You’ll need to take charge and try to set something up.  But the difference is that when you first meet a girl, you’re texting is aimed at trying to meet up.  You can be flirty with her, but you’re not texting just to text.  There’s always a reason.  And if she’s not down to meet up then you stop responding.

An alpha male will still text girls first.  But if they’re not trying to meet up then he’ll move on.  He won’t become obsessed with a girl and always text her just to get her to respond.

Unfortunately I get emails all the time about guys messing up with texting.  It start out with them texting a girl they just met and that’s fine.  But the friendly and maybe even flirty vibe never goes anywhere.  They don’t make a move to hang out or if they do and get rejected they still keep texting her.  Which is a mistake.  And most don’t even make a move.

Then the guy becomes a texting buddy and gets upset the girl never texts him first.  But from her point of view, he’s just become annoying.  Maybe he was a prospect for a date or sex before.  But now he has just become a loser and a creep. 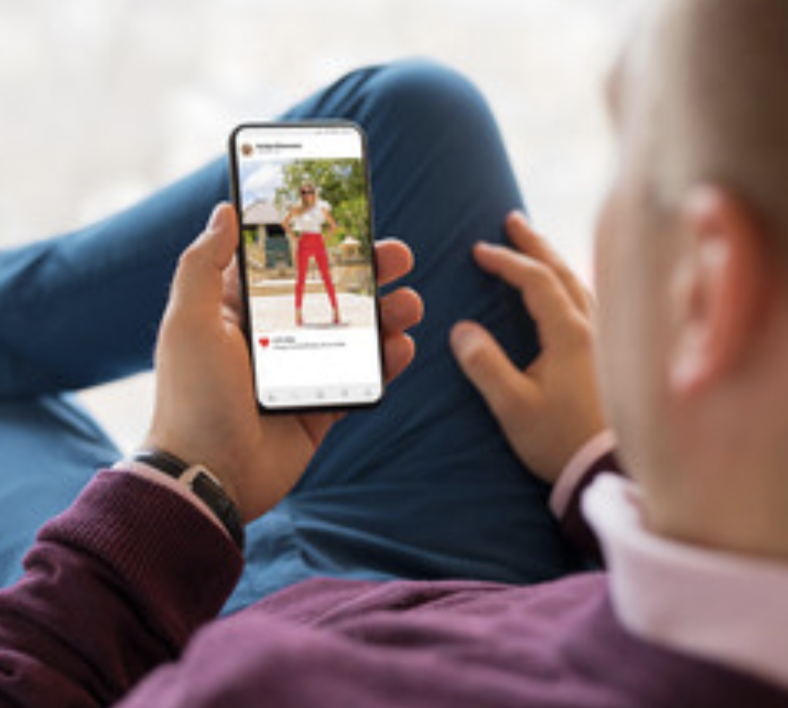 Stalking social media is a big no-no.  In fact you shouldn’t spend that much on time social media.  Because it’s a waste of time spending hours looking at others peoples lives.  You become obsessed with a girl you like from  looking at her new pictures, her captions, what pictures she likes, and what other guys she follows.

Instagram is the biggest social platform that people hang out on.

Women love to hang out on Instagram because they’re social creatures.  They love to get all of their info from other peoples lives and get ammo for gossip.  But as a man, spending hours on Instagram and other social media will only get you obsessed with girls.   It will drag you down.

Use social media for your benefit

Now, should you delete social media all together?  Well you could.  But I think that’s a waste and a mistake.  Women use social media as a tool to check out guys, their social status, and also become obsessed with them.  Which means you can use it as a tool to benefit your dating life.

Post cool pics of you doing things.  Some can be just pics of yourself where you look good.  Like thirst traps but for women.  Others can you with friends or with girls in social situations.  And others can be be when you’re traveling.  You can use social media to show off your life.  This will help a lot to validate with girls you meet that you’re fun and they should hook up with you.

But post and get off. Don’t spend time lurking on Instagram or social media.  Social media is an amazing tool to increase your social (and also sexual) value to women.  However, don’t waste your time looking at other peoples stuff.  Especially a woman’s.  Otherwise you’ll be training yourself to get obsessed with a girl.

3. Not talking to other girls 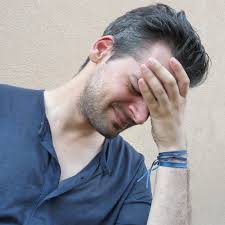 It makes sense that you don’t talk to other girls when you’re in a relationship and not looking to cheat.  I’m not advocating for you guys to do that.

But when you’re a single man and you’re only talking to one girl, you need to check yourself.  That’s the opposite of the pimp mentality.  Because you’re likely obsessed with a girl if she’s the only one you’re talking to.  If you know the game, you know women feel out their options and are talking to many guys.  That’s hypergamy.  Just the nature of the game.

If you’re only talking to one girl, you’re at a huge disadvantage.  All of your feminine energy is coming from one girl.  The only way this is manageable is if you’re super focused on your purpose.  But even then, this one girl will be your outlet when you’re stressed and want sex/affection/ or even a girl to talk to.

Which is why you need to be talking to multiple women as a single guy.  If you’re talking to even 3 or 4 women you’re miles ahead just talking to one.  It’s not like you need to be on the phone everyday.  A few texts once in a while and meeting up is all is takes.

I get worried when a guy emails me saying he’s only talking to one chick and he’s been trying to get at her for the past 6 months or year.  I know he’s obsessed with a girl and it takes a lot of tough love to get him out of his tunnel vision.  If that’s you, then you need to realize that you’ve put too much mental energy into one girl.

4. Thinking about how perfect she is 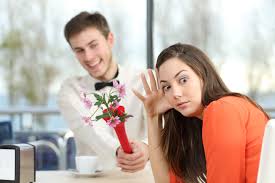 This one should be extremely obvious, yet it still gets men all the time.  You roll your eyes when your friend is obsessed with a girl and talks about how perfect she is.  Yet to you she’s a 7 at best, kind of annoying, and just seems like she’s not that great of a catch.  Or maybe you have a friend whose obsessed with a 9 or 10, but everyone knows she’s crazy.

Yet when it comes to ourselves, we often make too many exceptions for the girls we want to date.  And then we also rationalize everything and eventually think about how perfect she is.

No human being is perfect.  And that definitely includes women.  The girl you’re obsessed with is far from perfect.  If you could realize that, you’d be a lot closer to not being as obsessed with a girl that’s getting the better of your judgement.

5. She keeps you up at night

In sales there’s a really old and corny question to ask prospects “what keeps you up at night?”  This is to get them to tell you their pain, so then you can solve it with your produce/service.  There’s many better questions to ask in sales.  But the idea is right.  Whatever keeps you up at night is probably something that you’re stressing about.

And when I get emails from guys “It’s 2am and I can’t stop thinking about this girl” then I know he’s obsessed with a girl.

If you can’t sleep well because you’re worried if some girl likes you or not or what she meant by whatever she said, you’re definitely obsessed with a girl.

Becoming obsessed with women is killing your game

Being obsessed with girls who aren’t head over heels for you is a mistake.  We’ve all made it.  Trust me, I’ve been there too.

But you need to be proactive about reversing this.  When you’re obsessed with a girl you can’t think straight.  You start doing things in the hopes of impressing her or making her like you.

It’s not bad to want to lift weights, dress well, and learn how to flirt in order to do better with women in general.  But when you’re showing up at places because you think a certain girl will be there, or want to find the “one text” that will get her to finally respond, you’re definitely obsessed with a girl.

And becoming obsessed with a girl will destroy your chances with her.

Talk and date with more girls 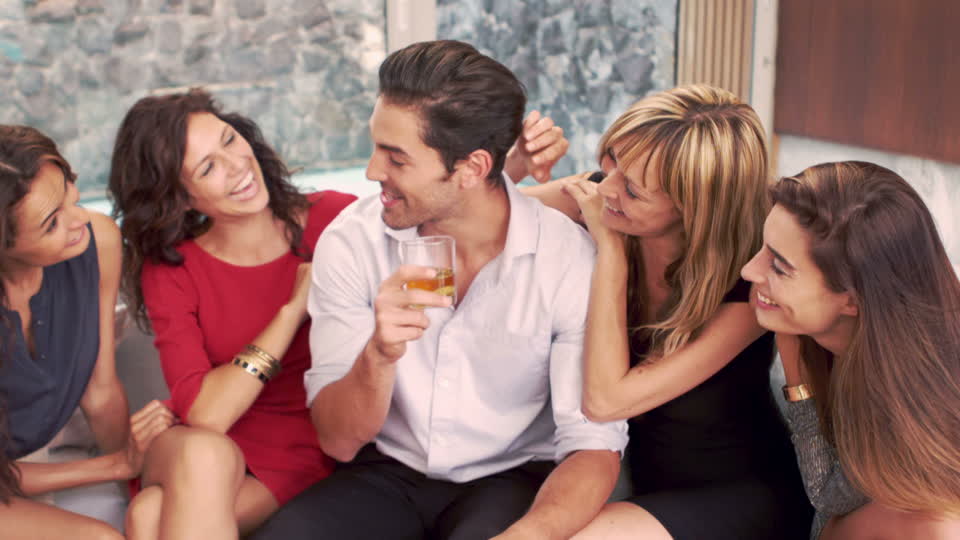 The best thing you can do is talk to and date more girls.  This will get your mind off of this chick.  Just move forward with your life and become a player.

If you were already too obsessed with her, then your chanced might be gone forever.  In that case talking and sleeping with other girls will help you move on and enjoy women.

And if you maybe messed up, but not too bad, she’ll see your success and come back around.  Especially if she sees you flirt with other attractive women or sees you blow up in your life.  Do good things for yourself not for getting this one girl.  But instead for making your life better and for attracting new, high quality women.  And then maybe she’ll get lucky and get a chance with you in the future.

Provide value by becoming a successful stud and you won’t need to ever worry about this girl.  Learn how to fuck women well so you get a few women that are addicted to your sex game.

Then any one woman will be lucky to lock you down.  She can get onboard your program or miss out.  Either way it’s all good.  Don’t become obsessed with a girl.  Make yourself the man that women obsess and gossip over.  It’s much better that way.

Thank you for your work. Love the format and the content.

Thank you brother, appreciate the support!