Are Emotions Important for a Man?

Are Emotions Important for a Man? 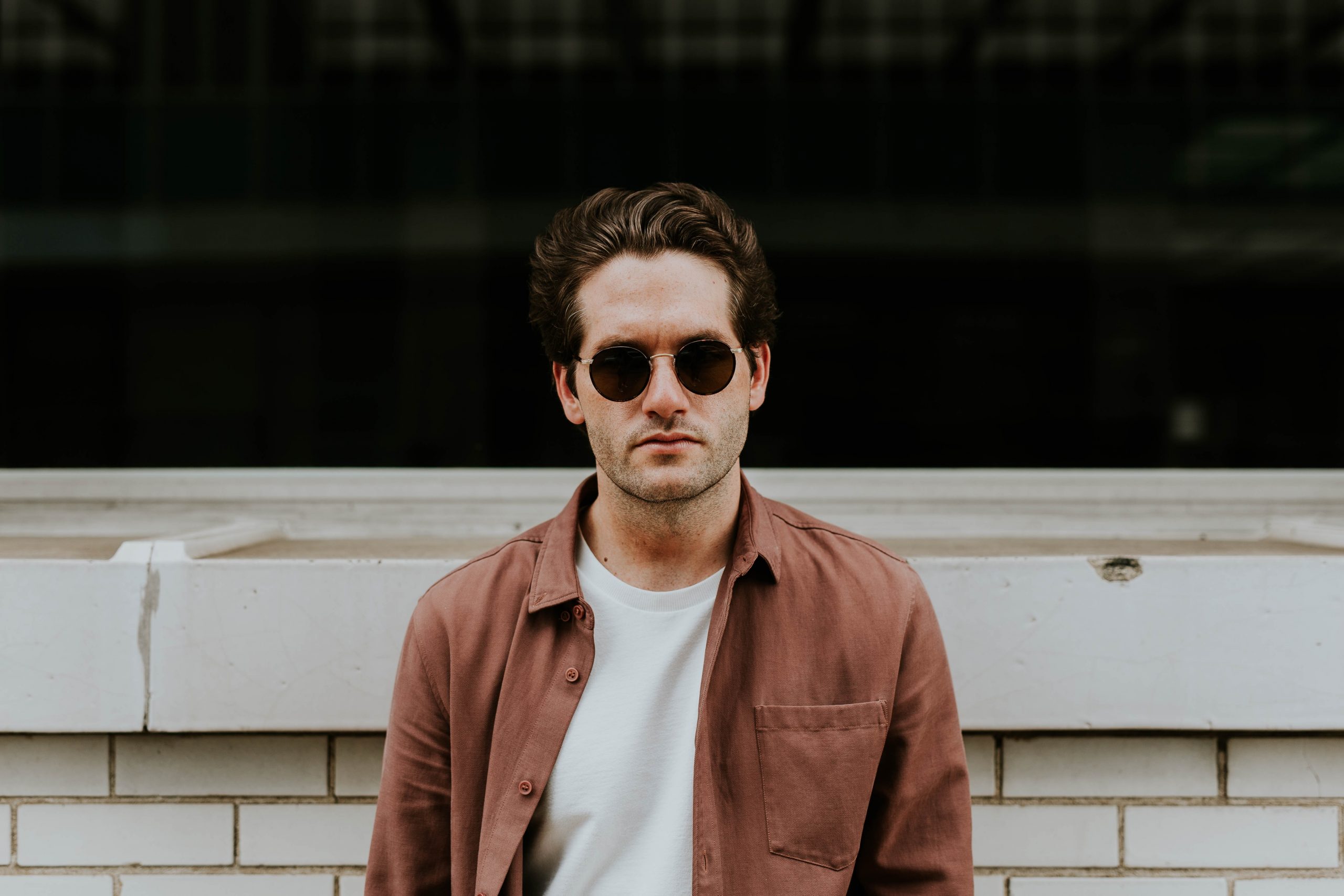 Are emotions important for a man to have?  Well, like it or not, everyone has emotions.  I’ll get into why women like emotionally unavailable men (and what that even really means) in another article.  I’ll also  explain why emotional men are weak.

However, the truth is that every person has emotions.  Acting emotional is different.  Acting emotional means you act in your emotions when you feel them and have no control.  That is feminine and a weak thing to do in most situations, except in survival situations where it’s useful.

However, we all have emotions.   Every human, even every mammal, has emotions.  The guys who deny this are generally the ones who try to act cold but then get all emotional when a girl is showing less interest.  And at the same time, there’s the mainstream media that’s been conditioning men to act more feminine and “show their feelings”.

With all of the bullshit, it can be hard to see what the truth is.  As men, we should be logical first.  If we use our logic, we can then evaluate things from a rational perspective.  We can see that whether we show it or not, we have feelings of happiness, joy, anger, sadness, jealousy, greed, lust, love, empathy, courage, and so on.  We have feelings, no doubt about it.

It’s not logical to disregard and deny.  That leads to men going crazy or having a breakdown.  At the same time, acting on every emotion that comes up will cause you to be weak and make mistakes in your dating life, your business, social life, and so on.  There are plenty of weak, pathetic men who are cool with being vulnerable to cry babies.  These are are just men with no control over their emotions.

What makes the most sense is to look at what emotions are.  Emotions are feelings.  Feelings are something you can listen to as a signal or as a reflection of your thoughts.  That’s it.

They come about from 2 sources.

The second is the inside world.  This is where most of your emotions come from.  What you think, aka your thoughts, determine the majority of the emotions that follow.  Even after a situational event happens, it’s your thoughts and recalling of memories that either give you positive or negative emotions.

Emotions are a signal of your Environment or Thoughts 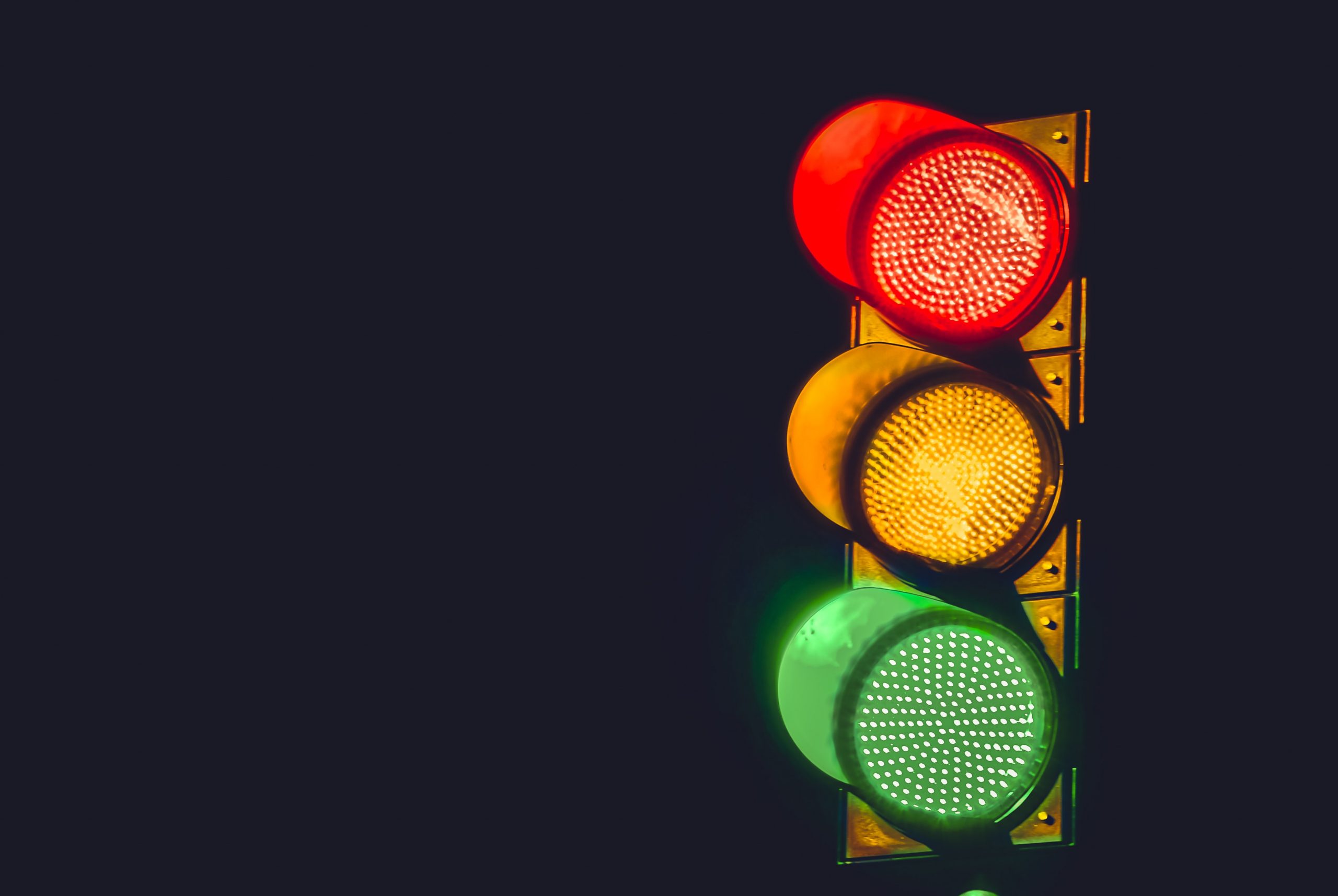 So are emotions important for a man?
Yes and no. They’re important in the sense that it’s good to recognize when they’re arising and why.  However, they shouldn’t be the main deciding factor in your decisions.  That’s where logic comes into play.  It’s a shame because many men pride themselves on being logical.  Yet they will actually make many bad decisions based on their emotions.  Emotions aren’t just tears or crying.  They’re your feelings.  Feelings of power, feelings of sadness, feelings of joy, of anger, and so on.

No plans on a Friday night example

If you’re a single guy and it’s Friday night and you message all the women on your dating apps or in your phone, you acted in your emotions.  Because you acted based on your intense desire in that moment to get laid.  The logical thing to do would be to go to bed, and then hit some women up in the morning.  At that point you won’t be desperate and you won’t ruin a lot of potential interactions with women you would’ve otherwise had.  A lot of single men will talk to some women and things will start to click.
But then in a moment of desperation, they push things too hard and try to meet up with girls from a state of scarcity.  It would’ve been much more logical to say “I’m not going to act weak, instead, I’m going to put my desires aside, go to bed, and not ruin the work and respect I’ve already built with these interactions”.

Emotions are important for survival

Emotions are a reflection of your thoughts 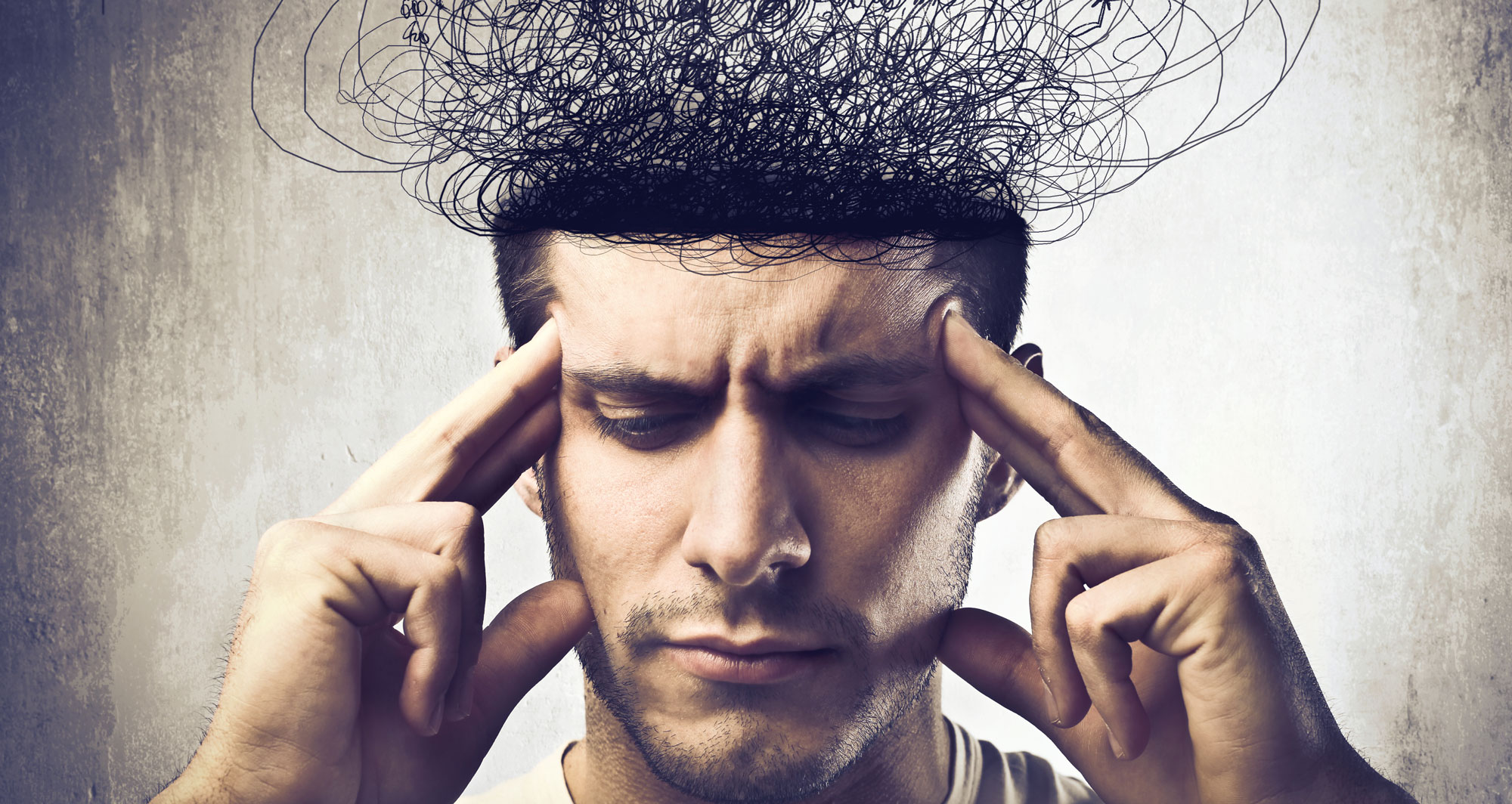 In non survival situations, for example when you’re just by yourself, your emotions are a reflection of your thoughts.  These thoughts are generally thoughts about the past or thoughts about the future.  Your judgement of the thoughts determines your emotions.
Your most common emotions are just simply the “feeling” version of your dominant thoughts.  There’s a misconception that thoughts and emotions are vastly different.   But they’re not.  While men tend to rely on their thoughts or logic, and women tend to rely on their emotions or feelings, these are really just two different lenses into the same thing. 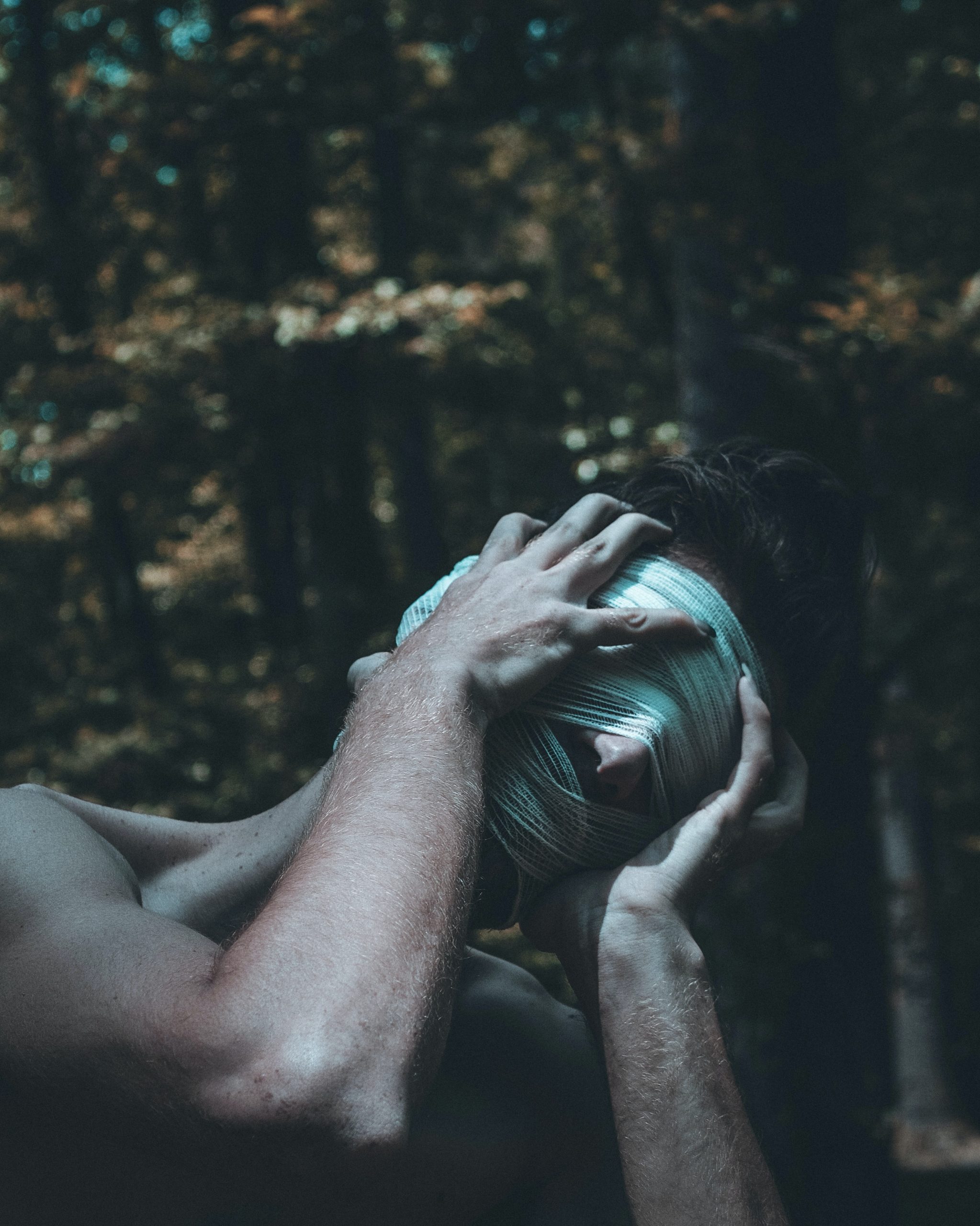 Whether you have inconsistent emotions about your  self worth and confidence, a woman in your life, a friend, family member, or a situation in life, your career, etc., it’s because your thoughts are inconsistent.  You have competing thoughts.   Your mind doesn’t want to have competing thoughts, or viewpoints, when it comes to critical areas of your life.  That’s why if you can’t seem to make decisions or you feel like you can’t control your emotions, it’s because you’re not controlling your thoughts.
Emotions are a great tool to see the state of your mind.
If you have positive emotions most of the time, then  you have a strong, healthy mind.  If you have negative emotions or inconsistent emotions, you either have largely negative thoughts or competing thoughts that are battling for dominance.  Emotions are important not because you must be a slave to them.  Rather as a tool to recognize your mind.  In fact your emotions are a slave to your mind.  You can use them wisely to monitor your thoughts, which then will allow you to control your mind,  and therefore have the emotions you want.

You shouldn’t act on your emotions right away.  Unless you’re in a situation where a car is about  to hit you, or someone is threatening you, etc.  Then in these cases, your emotions will cause you to act in the moment to ensure your survival.  However, if you have any time for analysis and you’re not in immediate danger, you should take a second to think of the best action.
That’s going to be 95% of external situations and the majority of your time, which is time spent alone contemplating the past or future.  In these two scenarios, where you have time to react or a situation or you’re alone with your thoughts (this in of itself is the majority of your life), you should use your emotions as signals.  Use your feelings as a signal to gain intelligence from.
You must be able to separate yourself from your feelings.  You might decide to let an emotion go.  Or you could use the emotion if useful to a controlled degree.  Emotions are important for a man to pay attention to, but not be dominated by.

Are Emotions Important for a Man?, emotion, emotional intelligence, emotions