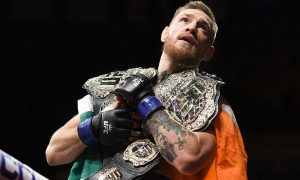 Conor McGregor is one of the best examples of success for men out there today.

He went from virtually unknown to a world champion making the most in his field in a matter of years.

At least that’s the story.

He had a solid amateur boxing background that helped him to stand out.  And trained for years to become a world champion in mixed martial arts.

But Conor McGregor still has done something incredible.

He used the power of visualization, self belief, and massive action to give him great success.

And you can model him to achieve success in your life.

I don’t mean the shit talking.

I mean the visualization, the self belief, and the massive action. 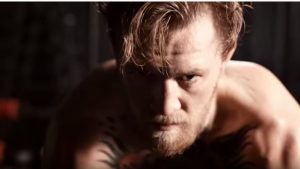 Visualization is key for anyone trying to achieve a massive goal.

Conor McGregor talks about in many interviews how he would visualize his success before he had it.

At :52 in this video he talks about how he would visualize driving around in a Bently even though he was still driving a shitty car.

Then this exact visualization came true, driving a Bently in California at that.

Conor McGregor then goes on to discuss how he visualizes everything, from the fights he wins, to the rounds he wins them in, and every other thing he has in his life.

Now, the video above links to the Law of Attraction, which I won’t get into fully in this article.

I think the Law of Attraction has good concepts that can be useful, but shouldn’t followed like a cult or taken at complete face value.

If you imagine what you want, and think about it everyday, then you’re more likely to get it.

But with it, you also need self belief and massive action. 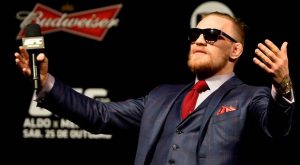 Believing in your abilities to accomplish something is vital for your success.

Conor McGregor is a perfect example of a man who has 100% self belief in what he does.

So much so he’s able to sell tickets to a fight versus Floyd Mayweather in boxing, which Conor was very likely to lose.

But because of an enduring self belief, Conor McGregor was able to convince many people to tune into that fight to make him rich.

As well as all of his other fights.

Now, the guy has a natural ability to talk shit and he’s witty.

Nevertheless, the self belief he has helps him to always have the advantage against his opponents.

And more importantly, his beliefs help him to actually go for his goals with 100% focus.

If McGregor had negative beliefs about himself, do you think he would be what he is today?

He wouldn’t have achieved a fraction of the success he has if he let negativity into his brain.

Instead, Conor McGregor focuses on his positive aspects and strengths in order to achieve victory. 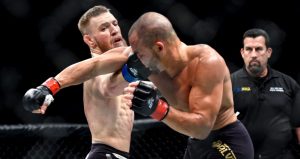 All of the visualization and self belief in the world means nothing if there’s no action.

Massive action is essential for anyone trying to achieve success in anything.

Conor McGregor has still been training in martial arts for years before becoming a world champion.

He boxed for many years and then transitioned into mma where he continued to hone is striking, as well as take down defense and enough jujitsu to keep him in the game.

The visualization and incredible self belief was backed up by massive action.

In fact, how can you have the self belief and consistent visualization without the action to back it up?

If you really belief you are going to accomplish something and you visualize it happening, that you will do everything in your power to make that happen.

You will work more than anyone else.

Conor McGregor is a great example of combining the perfect mindset with consistent, massive action to achieve a goal.

Are you the next Conor McGregor?

Now, you might not have Conor McGregor’s innate charisma, fighting background, or physicality to become the next world champion in any fighting organization.

And you probably can’t talk shit quite as well as the Dublin knockout artist.

But, you can still model the things he does in terms of his way of thinking about success in order to bring success into your own life.

Visualizing your goals, believing in yourself and your abilities, and taking massive action can help you to achieve anything that’s physically possible for you in your own life.