Dealing with the Silent treatment in Relationships

Dealing with the Silent treatment in relationships

However, using the silent treatment in relationships is not the ideal method for solving issues.  It’s better to clearly communicate.  Many times your woman is doing this in the hopes you call her out on it so you two can talk about.  But most men try to just “go with it” or get needy.

What is the silent treatment?

The silent treatment ranges from giving a person less attention to outright refusal to talk to them.  In this article, we’re discussing the silent treatment in relationships.  Meaning this is with a girl you’re dating for a while as a girlfriend, something more than just casual, or even a marriage.

If a girl you’re trying to sleep with just met stops talking to you, that’s referred to as ghosting and is something different.

Should you use the silent treatment? 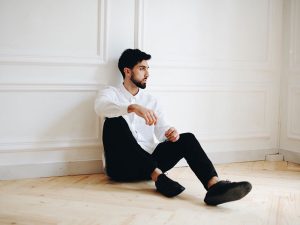 Before we get into dealing with the silent treatment from women, let’s discuss how men should use it.  While seen as manipulative, it’s very useful to a degree.  I prefer to call it pulling your attention away.  But it’s a feminine move.  In a relationship with a woman, it’s best you’re just direct.  If you’re seeing a girl casually and she does something you don’t like, you could use the silent treatment.

But it’s better yet just to cut these girls off or still directly address it.

You shouldn’t need to outright stop talking to your girlfriend completely unless she’s threatening you, cheated on you, or did something terrible.

If she’s being disrecptpful, you addressed it, and she still is acting the same, then you can withdraw your attention.  If you want to call this a silent treatment in relationships you can.  I think that’s extreme and it’s more just not giving her as much of your energy.

I don’t suggest withdrawing attention for the sake of doing it.  You should make it clear what you want in a relationship with her.  When she doesn’t do what you want and you’re clear about what isn’t going on, you can withdraw some your attention.  But you should be busy in your life anyways working on your purpose.  This way you don’t actually have to feel bad about manipulating her by giving her less attention.  If you’re actually busy building your wealth then this will naturally take up much of your time.

If you have a woman that is compatible with your lifestyle, you should be busy and shouldn’t need to take away your already limited attention.  If you’re constantly having to use the silent treatment on her, she’s either not the right fit for you or you’re not being the leader that you should be.  Probably a mixture of both.

Why women use it 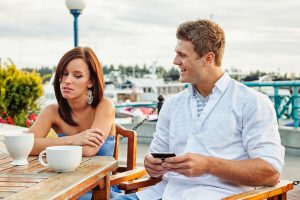 Now we have that out of the way, let’s talk about why women specifically use the silent treatment.  The three primary reasons are that they’re

If a woman is unhappy in general, then she’s probably going to talk to you less and have a bad attitude.  This silent treatment won’t be as direct as the others.  Meaning it’s not like she’ll never say anything.  But she won’t say much to you, doesn’t seem excited about much, and is overall having a bad time in life.

This usually comes from something outside of you, like her job, family, or health.

2. Manipulate you (Most common)

Using the silent treatment to manipulate you will be the most common use.  Your girlfriend / wife will use this when you two disagree on something in order to get her way.  She could want a bigger house, a nicer car, want you to make a career change, or want something else of significance.

Or you two got in a fight or have a disagreement, and she wants you to give in to her demands.  In this case, she’s employing the silent treatment so you eventually give in to her wishes and give  up your power.

But you’ll notice that she’ll want to spend less time with you.  You’ll hear less stories about her daily life.  Sex will likely decrease or become existent.  And you’ll feel her becoming more distant.

At this point she’s either already sleeping with someone else or at least considering it.  She’s thinking about branch swinging.  It could be for a new relationship or just some for side dick.  However, it will be tough for most women to give you the same amount of love when they’re seeking out a new man.

Silent treatments in relationships is not healthy 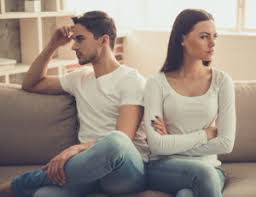 Women usually want to fight or nag you about something when they care.  If she’s resorting to using the silent treatment consistently, it’s showing that she is either manipulative or is losing big interest in you.  This is a bad sign.  And the more you chase her when she gives you the silent treatment, the more she’ll be turned off by you.

How to handle her giving you the Silent Treatment

No matter what the reason is, it’s always a bad sign.  And there’s 2 steps you need to take

The first is to call her out for it.  If you’re a masculine man and run the relationship, this may work in it of itself.  This doesn’t mean you’re yelling at her, complaining, or sound openly bitter.  But it’s so you can clearly state what you notice.  She may apologize and agree with you.  But chances are that she will disagree or not even want to engage with you.  If so that’s fine.  This will give you the ammo you need later when she comes back so you can take charge of the relationship.

Pull back or Break up

If she realizes what she’s doing, is sorry, and makes a change then you’re good to go.  But more than likely she won’t like what you’re saying, and she might even argue with you if she engages at all.  That’s fine.  Because that’s part of the game plan.

What you do after you tell her is start to implement your own strategy.  This is assuming that you’re still with her and don’t break things off.

That strategy is simply run pull back and focus on yourself.  Whether she’s about to fuck someone else, is trying to manipulate you, it doesn’t matter.  In all cases, she doesn’t see you as valuable and thinks of you as lesser than her.If she had respect for you and valued the relationship, she wouldn’t take a chance at using the silent treatment on you and having it backfire.

Even if she didn’t agree with you, she’d want to talk about things with you and work it out.

So what you’re going to do is

All of this will help you to focus on yourself.  You’ll be too busy to chase her.  Too busy to entertain her lack of respect for you.  People will only respect you if you make them.  And in relationships, you don’t make her respect you by being cruel or abusive.  You get on your purpose, work more, make yourself a sexy fucking catch, and make her miss you.

Silent Treatment isn’t the answer, she should want to resolve things or you need to  break it off 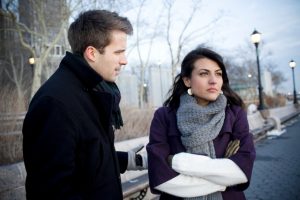 If she doesn’t want to solve this problem, your best bet is to be direct with her upfront.  If she still won’t come to a conclusion with you, the only choice you have is to back off or break it off.

Then she’ll have to make the decision to stop the silent treatment or lose you.  If she’s not head over heels with another man, she’ll likely choose you.  However, this requires you showing that you’re more valuable than her.  It’s messed up, but this is the game women play and they don’t even know it.

Deal with the silent treatment in relationships by addressing it head on and then forgetting about her.  Work on yourself and let her come back to you.  Let her apologize for her behavior.  Don’t give in and apologize for doing nothing wrong or not bending to her will.  If you make mistakes then be accountable and own up to them.  But don’t give in to her demands if you don’t believe in them just to appease her.  She should have told you what she wanted, not used the silent treatment on you.

You must have respect for yourself when you deal with the silent treatment.  Think of it as a shit test.  Don’t overreact.  Address her directly and work out it.  That will solve it 80% of the time.  If that doesn’t work, back off and consider breaking up with her.   Most women will want to solve the problem if they have any interest in continuing the relationship.