Don’t get Emotions for a Girl before she does this

Don’t get Emotions for a girl before she does this 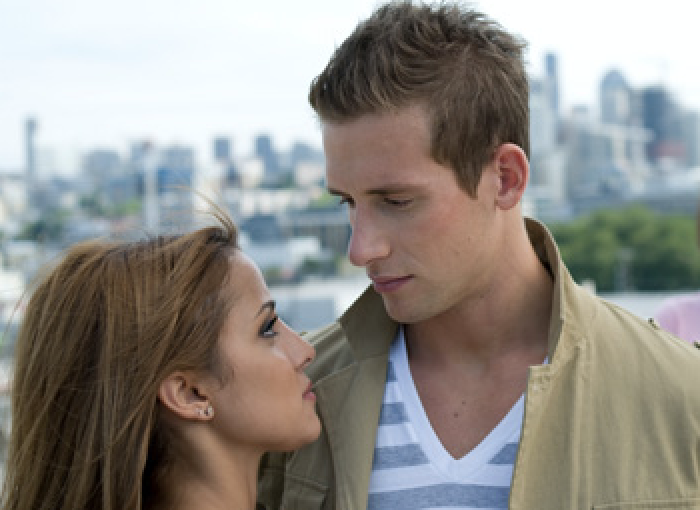 Getting emotions for a girl happens to the best of us.

It’s natural to get emotions and like a girl you see, especially if she’s hot and you get along.

But from what I’ve seen in real life and through questions I receive, most men get too emotional too fast.  This causes weakness and ruins the relationship.  In this article, I’m talking about not becoming too emotional for a woman early on.  But you can’t become too emotional in general.  Even if you really like her or even love a woman, you can never show all of your emotions.  Forget the bullshit you see about being emotionally vulnerable.  That’s for women.  Not for men.

First of all – never show weakness to a woman

As men we still have emotions.  But we must deal with our hardships on our own, or with friends if need be.  Never in front of a woman.  You get a few passes if a family member dies and some extreme situations involving death.  But even then, it’s still better to not show weakness.

And if it’s regular life like a break up, a woman testing you, or any other bullshit, you can not become emotional.  It’s best not to develop strong emotional attachment in the first place.  But even if you do, don’t show weakness.

Never show weak emotions – especially sadness around a woman.  Never be desperate.  Don’t ever, ever cry.  That’s some weak shit.  Even becoming overly angry is ill advised except if you use it sparingly.  But don’t ever show sadness or tears to a woman.  This will turn her the fuck off.  You can still build up her attraction and respect for you after this, but it takes a lot of work.  It’s best never to show weak emotions to a woman in the first place.

I went on a bit of a tangent there.  But it’s necessary to set the stage.  When you do get emotions for a girl, you still must avoid showing the weak ones.  That’s so essential and I can’t stress it enough.  You must be a motherfuckin’ rock in her eyes.

With that said, yes, you can develop feeling for a girl.  It’s natural and will happen when you’re fucking beautiful feminine women on a consistent basis.  I don’t like the word emotional and getting emotions for a woman because it’s usually associated with weakness.

And when you “become vulnerable”, you show weakness and your woman loses respect for you.  Which murders her attraction for you and takes a lot of work to build back up.

But you can like a woman.  You will get feelings for some women.  Even if you’re willing to cut them off and walk away, you’ll end up liking women in your life even after you’ve taken the red pill.  But you must wait until a certain point.

When can you get feelings for a girl? 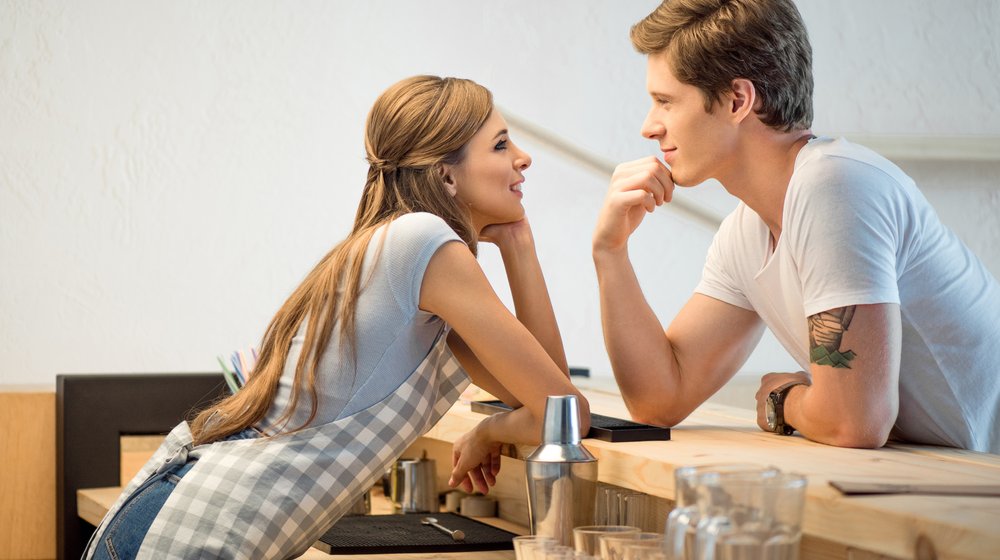 You always need to keep your heart in check and avoid getting emotionally attached to a girl.  If you’ve taken the red pill this is a given to you by now.

You still must limit even when you do get emotions for a girl.  And when is that?  Even though you can walk away from any woman at any time, when can you allow yourself to like a woman emotionally at least a little?

You can like a woman.  You must avoid oneitis and keep your manhood.  Always be willing to check her and walk away.  But you can at least like her, especially if she’s your girlfriend or a woman you’ve made a family with.  Even before then, you can like her.  We’ve all liked women in our life.  And by like I mean more than just like to fuck.  We’ve all gotten in over our heads over a woman.

Going forward though, you can only allow yourself to actually like a woman when she’s doing this one thing…

You can only allow yourself to actually like a woman when she’s providing value to your life.

At the bare minimum, great quality sex.  Even though it’s your job to fuck her right, she should be sucking your dick well and be sexually available to you.  But for my real players out there, that’s not enough to like a girl.  For beginners that’s probably good.  For the real players, you need her to do more than just that.

She needs to provide value outside of the bedroom too 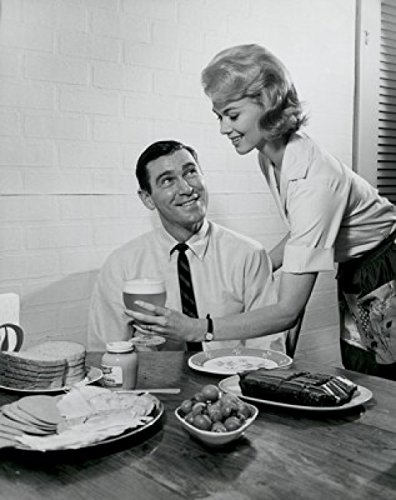 Things like cooking, cleaning, and other chores are a good start.  A woman who looks good and gives you sex is great.  But that can’t be it.  Cooking and cleaning are two things that she can do to make your life easier + better.

And don’t get me wrong, I can cook.  In fact I enjoy cooking for myself.  I’ve even gotten laid or convinced girls to come over saying we’re going to cook together.  But it’s another thing to have a woman cook for you when you get to relax or even when you’re catching up on some work on your laptop.

It needs to go further than that too.

It’s about her energy.  A woman can be giving you sex and be cooking but be bitter or reluctant about it.  That’s negative and the results will be poor.

She needs to be in tune with her feminine energy and be giving that to you.  Sex and other acts of service are the manifestations of that.  However she also needs to be be in vesting her energy into you.  Only once she’s very invested are you going to allow yourself to like her.  And even then, getting emotions is still controlled.

You can get emotions for a girl when you see her investing in you and getting strong emotions over you.  You must be careful with much of your heart you give.  Only give a little.  And only once you see that she’s extremely invested in you.

How to get a woman to become Invested in you 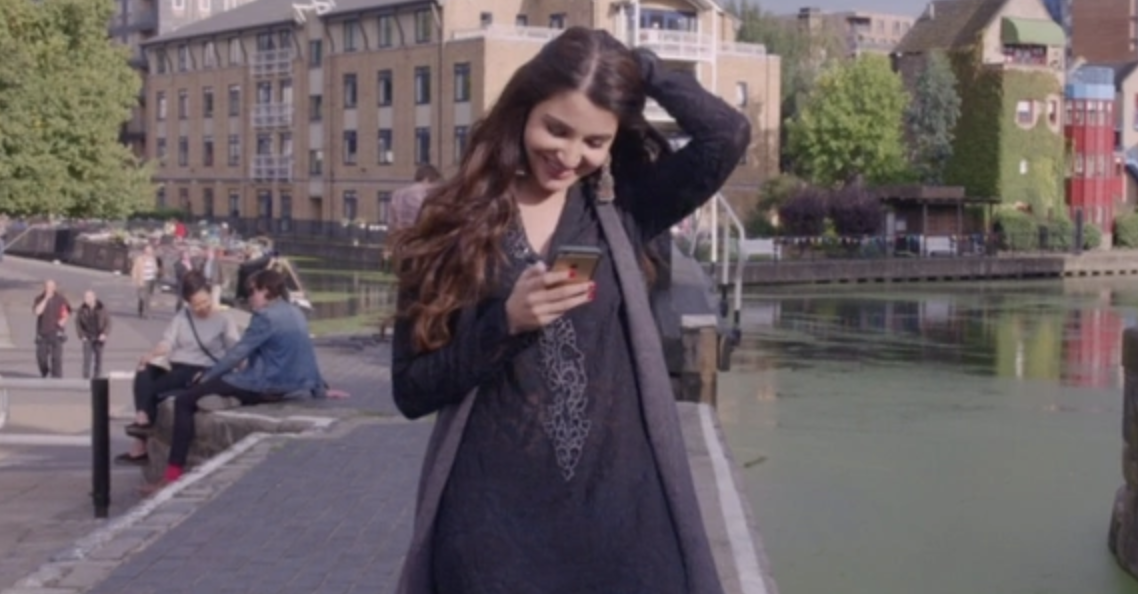 So basically, you getting emotional over a girl is you becoming invested in her.

When you invest your time and/or money, whether directly on her or thinking about her, you get emotional about her.  That’s why it’s important to limit how much you give a woman so you don’t get attached.  You can invest more and like her as time goes on.

She needs to be investing more than you.

The woman needs to be more attached 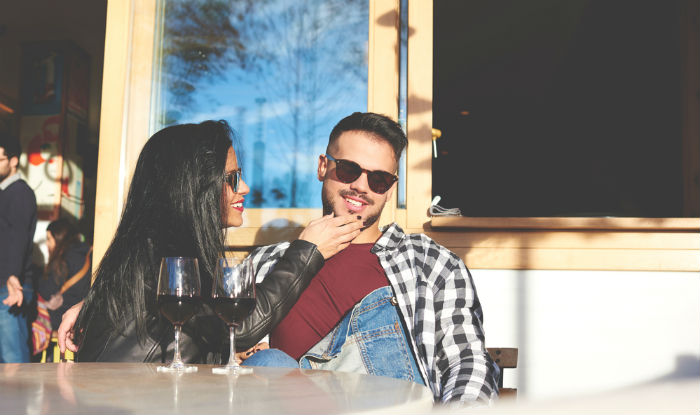 That way the energy between you will work.  Things work with men and women when the woman likes the man more.  It’s just how it is.  When you like her more, when you’re more emotional, she loses interest.  But you can still maintain your interest when hers is higher than yours.

So getting her more emotional than you requires you to get her to invest more.

Then you can finally have emotions for a girl.  Once she has emotions for you.  As powerful ones at that.  If you end up liking her too much before she’s really into you, she’ll lose interest.  It’s backwards as hell, but it’s just how the game works.

Keeping your heart in check

Stop getting emotions for a girl before she’s invested in you.  Girls can fake their interest initially to get you to chase them.  But it’s human nature to become emotional over what you invest in.  If you get a girl to invest a lot in you over time, she’s going to like you for real.  That’s what you must do before you develop emotions for a girl.

And even once you do, you need to keep your heart in check.

Keep your sexual market value high, keep working on getting richer, and always be leveling up in life.  Because when you need to break things off with her or stand up to her shit, you’ll be able to do so.  If you get too emotional over a girl too quickly, you’ll begin to act weak and won’t be able to lead the relationship properly.  Which will lead to it ending badly for you and she’ll be disappointed because she finally thought she was getting a real man and instead just got another ball-less male.