Don’t pay for expensive dates, get laid and save money with this strategy

One of the biggest mistake blue bill / beta guys make is going out for expensive dates.

Paying for expensive dates is a waste of money.

It won’t help you get laid and you’ll just be throwing away your hard earned money.

Why men pay for expensive dates 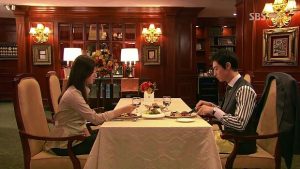 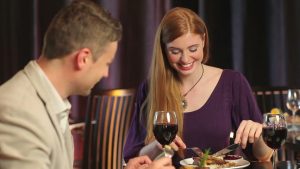 A lot of ignorant men will take women out to an expensive restaurant or wine bar in the hopes of getting laid on the first date.

This is one of the worst things you can do.

If you’re taking her to an expensive place, you’re putting her on a pedestal.

She knows you’re willing to pay big dollars just in the hopes of getting laid.

Therefore, she’s likely to not fuck you on the first date because she wants to milk you for more dinners.

Now she knows she has a clown who will pay for her steak and wine every other Thursday for the next few weeks.

Throwing money around on the first date sets the expectations that you need to use more money to provide value.

This is a huge mistake.  Any man taking the red pill should already know this.

Women find money and resources to be attractive.

But you don’t give it away.  That just shows them that you’re dispensable. 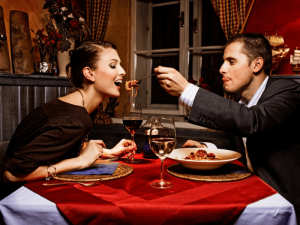 The other reason men pay for expensive dates is to be romantic.

In this case it’s usually with a girlfriend or wife.

The intentions are good, but expensive dates should be far and far between.

It’s not that you can’t ever go on them.

But you need to be wary of how often you do, when you do, and who pays.

If you’re the breadwinner and are paying for them, then you need to use expensive dates as a reward, and use them very sparingly.

What you should do instead 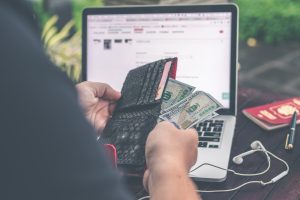 After all, a man building his wealth can afford to blow $100 on a first date.

You can still meet up with a women somewhere else on a budget. 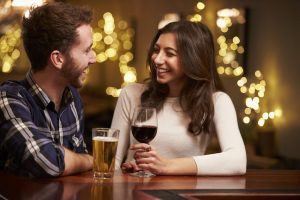 Going to a cheap bar or meeting a girl for happy hour is the perfect date.

Especially if you’re a player or playboy and this is a girl you’re trying to bone.

Even if you pay, it won’t break the bank.

The girl knows that you aren’t willing to invest a ton of money without getting some more fun first.

Plus, if you’re having a few drinks, it calms any nerves the two of you have any make her more down to fuck.

Of course, you and her shouldn’t get too fucked up.  You want a girl only to be buzzed at most.  Drunk sex is worst, plus you want to her consent and enjoy herself.

But everyone knows having a few drinks makes for an easy excuse to fuck.

Food truck, something hip yet affordable

Food trucks are trendy as fuck.

Find a food truck near your place, grab a bite, then head back to your place. 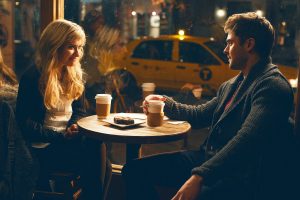 Coffee shops are a great alternative to bars if you’re meeting a girl earlier in the day.

Method is the same here as the other two.

Find a coffee shop near your place, talk with her there for a few minutes, up to an hour at most, then take her back to your place.

If you want to get laid, don’t blow your money 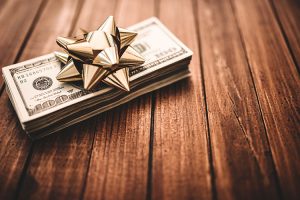 Women won’t view you as a sexual man if you’re always blowing money on overpriced dates to impress them.

If you go to cheaper places, you’re sending the message that you’re good enough as is.

It’s not a big deal to pay for a cheap beer, drink, or coffee.

Whether you or her pay isn’t an issue since it should only be a few bucks.

Don’t blow your money is you want to get laid.

Whether you’re on a first date or your wife, the point of the date is just an excuse to hang out.

The other shit should be just fun stuff to talk about.

By spending less money, you won’t put as much pressure on the success of the date and you’ll do better on it.

This is because your investment is lower.

Low investment with a genuine interest to have fun is the perfect formula for success.

Only time you should go on expensive dates 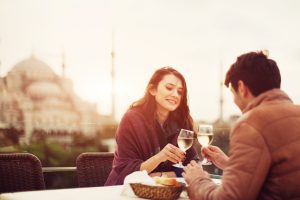 Long term relationships, when you’re rewarding your girlfriend or wife for something great.

Like her consistently being drama free, giving lots of sex, and so on.

You can save an expensive date, like a fancy restaurant, for an anniversary or special occasion.

If you grind and build your wealth when you’re young, then you won’t have to worry about paying for expensive dates.

Because they won’t be that expensive to you.

With your knowledge of game, you’ll still know not to go on them often even if you can afford them.

They’ll be few and far between so you keep your girl on her toes and always working for your affection.

But when you do splurge, it won’t put a dent in your wallet.