Girlfriend has male friends, what should I do? Should I be Jealous?

Girlfriend has male friends, what should I do? Should I be Jealous?

If your girlfriend has male friends, then you need to address the situation.  Because otherwise you’re going to have a girl running dread game on you.  And your relationship will suffer.

This article came about because I got an email from guy.  He’s actually not in relationship yet.  He has high sexual market value, owns a business, runs solid dread game on the girl.  The girl is into him, has been chasing his attention, texts him first, all that stuff.  They’ve been seeing each other for 3 months and he’s the leader in their interactions.

Guy friend trying to bone her

The girl has a guy friend whose trying to fuck her.  From what she’s said, she hasn’t fucked him, and doesn’t meet up with him alone.  But the guy writing states that he’s worried this might happen.  He doesn’t act jealous or desperate when guys hit on her.  He plays it off and makes a joke or acts chill about it.  But he’s worried about this particular situation.  He doesn’t know if he should say something or if that will come off as weak and jealous.

He also wrote in the email that this girl and the guy friend snapchat each other sexual memes and jokes.

So my man, I’m writing this article for you.  And for other men in your situation.  Then I’ll comment about men who have girlfriends and how they should handle it, because it’s very different.

In his situation, they’ve been seeing each other for 3 months.  She’s pushing for relationship, but they’re not together yet.  He shouldn’t get angry or jealous because they’re not in a committed relationship.  He should either be seeing other girls too, or if he wants a relationship then pursue that.

She can do whatever she wants.  Just like you should be doing what you want as a single man.

That being said, the fact that she’s doing sexual jokes over snapchat is a red flag for girlfriend material.  If she’s openly telling you that, then she’s either trying to shit test you or she’s open with her sexuality.  Either way, I would caution you in making her your girlfriend.

She can remain a solid casual sex member on your team.  But as far as girlfriend material… I would really take a second look.  Since you’ve been seeing her for 3 months, I would give it at least another month or two.  You need to screen her properly to make sure she is a good fit to be your girlfriend.  She’s already showing signs of trouble.

Making her your girlfriend – setting boundaries 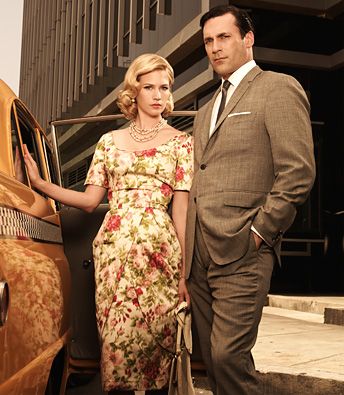 If you want to make her your girlfriend, then you can go for it.  However, you should do it because you actually want to, not out of fear of her sleeping with this other guy.  And if you decide to pursue a relationship, you need to set boundaries.  You can say something like:

This may seem controlling, but it’s setting the expectations from the get go.  If you don’t  do this, and later on you get jealous because she has guy friends, then it’s your own fault because you didn’t address it.  This statement also gives her a way out.  Ironically though, it will increase the chance of her saying yes because she feels like she’s choosing.

Stick by your guns

If she objects to your demands and wants ton have guy friends, or gets offended, tell her you’re sticking by your decision.  She can take it or leave it.  She’ll either comply, or get upset and not agree.  If she doesn’t agree, leave, and go no contact until she apologizes and complies.

A lot of this seems ruthless.

And that’s because it is.

You can’t let her get the control and have options.  If you’re going to give up other streams of pussy for a relationship, you need to be the leader and put your girl in her place.

Right now she’s single and she has options.  You’re seemingly the #1 option.  But she still has this other guy lined up.  That’s why men write to me saying “my girlfriend texts her guy friend everyday” or “I have a girlfriend hanging out with guy friend alone, what should I do?”  The second you start to get oneitis or act weak, she’ll have this man for an easy fuck.  That’s fine if she’s not your girlfriend.  Because you can be fucking other girls too.

But if you make her your girlfriend she needs to cut this other guy friend off.  And she needs to cut off any other straight male friends as well.  Otherwise she’ll have a super abundance mindset while you don’t and then your relationship is doomed.

If she’s your girlfriend… take action 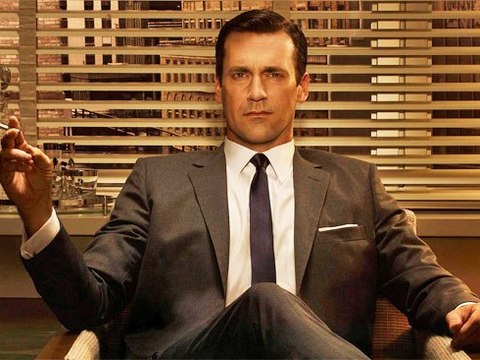 For other guys out there, if you’re in a similar situation to my man, then you need to make a decision whether or not you want to be with her.  If you do, then you need to set boundaries.  But I know there’s a big chunk of you guys who already have girlfriends who have a guy friend or multiple guys friends.  You need to handle this shit.

There’s a time for playing it cool.  And that’s when you’re a player and you’re single.  In that case, the girl can have whatever guy friends she wants.  She can be sucking and fucking other dudes.  It’s all good.

But not now.  Not when she’s your girlfriend.  If you think it’s cool for your girlfriend to have straight male friends, and to hang out with them without you, you’re a fucking cuck.  You need to address that shit.

A girl who has guy friends either is cheating on you, or has options to rebound from you if you two break up.  Which will give her more confidence to dump or cheat on you the second your game slips.  No matter how tight your game is, it might slip a little from time to time.  Which is why you need to make sure she isn’t hanging out with straight males alone.

You think your grandfather would tolerate your grandmother chillen with straight guys alone back in the day?  Hell no.  He knew what was up.  He would’ve set her straight or kicked her to the curb.

The men she hangs out with want to fuck her.  You know that.

But the mistake you guys make is assuming your girlfriend doesn’t know that.  You think she’s all good and she’s so nice.  You almost feel bad she’s no naive.  Let me tell you she’s not.  Assuming she’s not a virgin and is over the age of 18, she knows well that these guys want to fuck her.

Let me repeat again.  She knows well these guys want to fuck her.  She doesn’t need a notch count of 20 or 40 to know this.  A girl whose been with 2 or 3 guys and is decently attractive knows that men just want to fuck her.

We’re not taking about a woman having gay male friends.  We’re talking about when a girl has straight male friends who want to hang out with her without you.

She’s chillen with guys that want to bone her 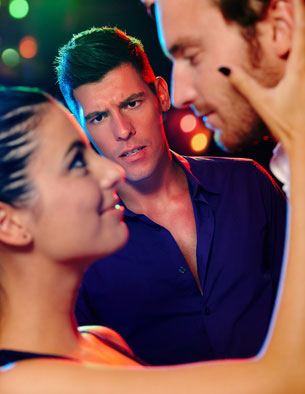 These guys want to bone your girlfriend.  And she’s disrespecting you by hanging out with them.  She might deny till she dies and claim the guys don’t want to fuck her.  You know she’s wrong.  And she knows she’s wrong.

If there were tons of girls who just wanted to fuck you, would your girlfriend be cool with you hanging out with them, espcially without her?  Hell no.

It’s not a question of you being jealous or weak.  The reason you think you’re jealous is because your girlfriend is putting herself in a situation where another man can try and get at her.

She’s keeping a guy on the backburner in case things go wrong with you.  Fuck that shit.  If your girlfriend has male friends, then you have every right to be angry.  Don’t take your anger as jealously.  Take it as disrespect.  Your girlfriend is disrespecting you by having male friends around who want to bone her.  And it’s your fault because you’re letting her.

Why does she have these guy friends? 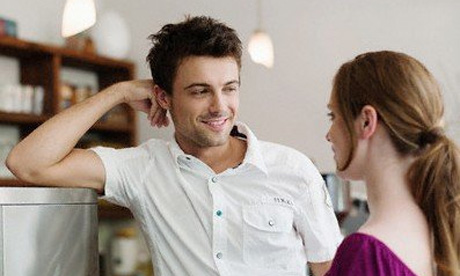 Girls keep guy friends around because it gives them options.  If she has 3 or 4 guy friends, she may rebound with the most attractive.  Or she may just use them for validation when you two break up and go after other guys.

But whether she fucks them or not, they’re there for comfort and options.  If things get rocky between the two of you, then she can always go to one of these guys.  She might get fucked by one of them.  Or she might just use them to hang out and fuck another guy she meets.

Regardless, she’s keeping them around for validation.  And she’s maintaining her options.  Which is fine if she’s single.  But if she’s your girlfriend, you can’t tolerate that.  You’re letting her be hypergamous when you’re not doing the same.  It’s like shooting yourself in the foot.  It’s like saying “hey, you might cuck me, but it’s cool babe”.  Hell no, that attitude isn’t for me and isn’t for you guys.

Of course you have the right to be jealous.  Your girlfriend is keeping her options open.  Which defeats the whole point of the relationship.  In a committed relationship the only option is the other person or leaving the relationship and needing to start fresh.

When you let her keep options it keeps her less invested in the relationship.  Which means she’s more likely to be less feminine, nurturing, and loyal to you.

What should you do when your girlfriend has male friends?

If your girlfriend has male friends, you need to tell her to get rid of them.  It’s you or them.  Just like girls give guys ultimatums, you need to reverse the game like a pimp would.  Give her an ultimatum.  You’re not going to tolerate the kind of behavior from a girl you’re in a committed relationship with.

Guys, listen to me for second.  Men and women aren’t meant to be friends if there’s sexual attraction.  You can be friends if you’re not into each other.  But you know in your heart that these guys want to fuck your girl.  If you let her keep them in her friendzone and she’s your girlfriend, then you’re a cuck.  You need to handle your shit and be the leader in a relationship.

If you’re a player and single, then you have no right to care.  But if she’s your woman then you need to stand up for yourself.

Be proactive.  Don’t wait for problems with you two to arise and then you find out later she cheated.

Good day rebel J
Please I have a question about this article, does it mean my girlfriend shouldn’t have any male friends on her chat list or even co-workers who are male.
I am asking because I do have female friends too and I ma damn sure these girls always have orbiter on their list and asking her to get rid of each and every one might seem insescure.
Please do enlighten me