How to Control your Emotions: Developing Emotional Intelligence

Every Man’s Purpose is the Same

How to Stay Focused on your Goals: Motivation, Energy, and Attention

How to Control your Emotions 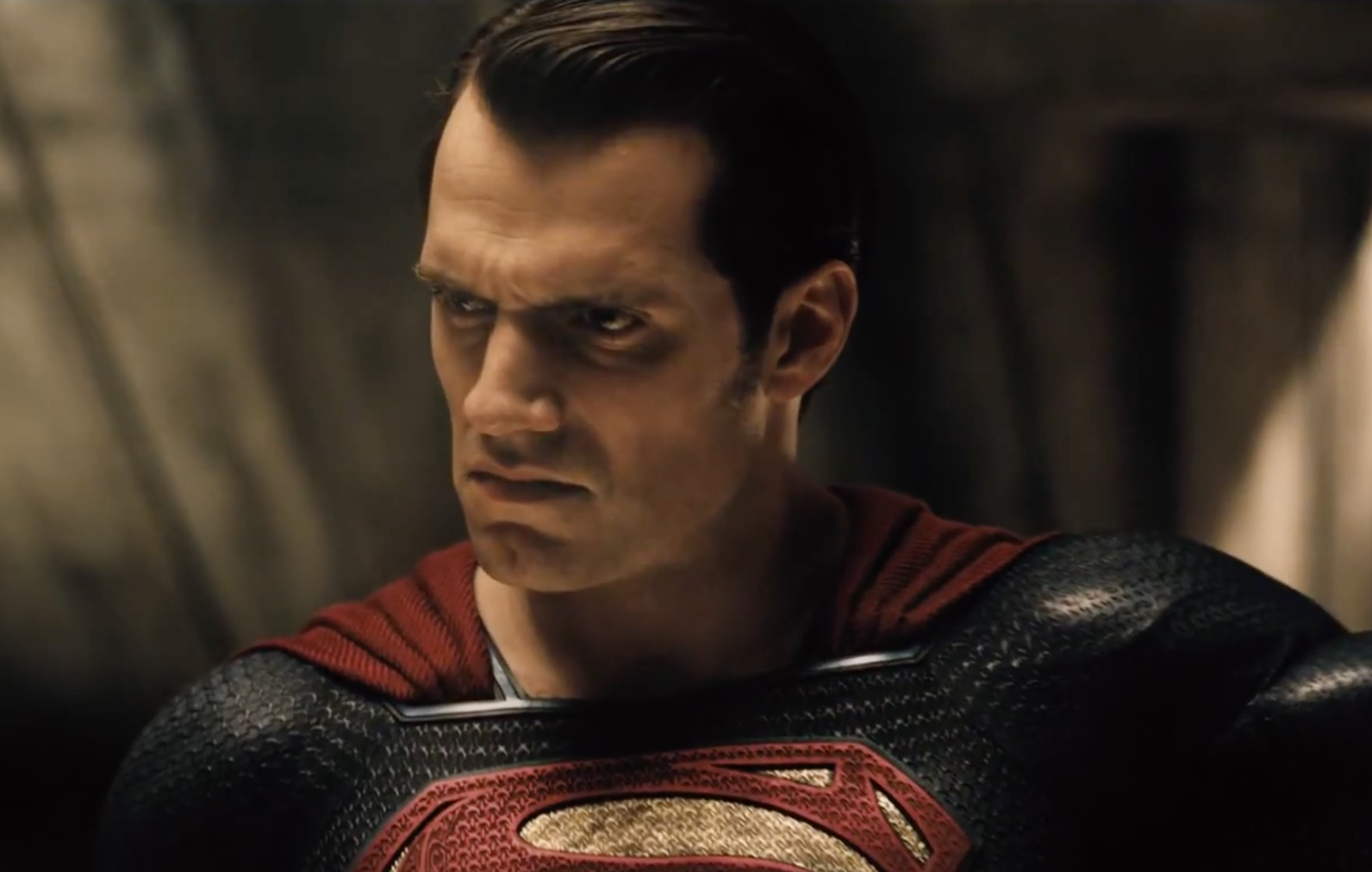 Understanding how to control your emotions will help you to avoid making critical mistakes.  From messing up with women and causing them to lose interest, to making major errors in business negotiations, and even dodging a court case, every man needs to have control over his emotions.

Control over emotions doesn’t mean your emotionless.  Only fools believe that.  And they’re the most susceptible to be slaves to their own emotions.

But it does mean they’ll often show less of them.  It means that when you do feel them, you know what to show, how much to show it, and how to respond.

Most men fail to learn how to control their emotions.  This leads to them scaring a woman away by being desperate, getting married in hopes of not losing a girl, becoming cucked, settling in business, getting fired from their jobs, and even losing their lives.

I tend to be very grumpy when I don’t get enough sleep.  So I do everything I can to get as much as much sleep as I can.  And when I can’t, I actively try to not act grumpy.

I feel amazing after having great sex, eating a meal I liked without getting stuffed, having a tough workout, or spending time with people I care about.  I also feel an intense satisfaction, happiness, and calmness after a long day of working at something I care about, aka my purpose.  Animals that aren’t trying to kill me also generally make me feel positive emotions.

You probably have similar positive emotional triggers as me.  And maybe you have other hobbies that are unique to you that also help you to feel good.

Identify what kinds of things make you feel good.

And identify what things make you feel bad.  What you’re insecure about, what pushes your buttons, and what you can’t stand.  You don’t necessarily need to stop having these feelings to understand how to control your emotions.  But you need to recognize what are your negative emotional triggers.

Once you have them established, you’ll be more aware of your negative emotions when they arise.  Then you can take a step back and determine how you want to act despite the emotion.

Most people have no emotional control because they don’t recognize the emotion while they feel it.  They lack awareness in the moment.  If you’re able to be aware of what you’re feeling when you’re feeling, you can make decisions that aren’t totally controlled by your temporary feelings.  This is completely necessary for both good and bad emotions.  People tend to over promise when they feel good, and they tend to act stupid when they feel bad. 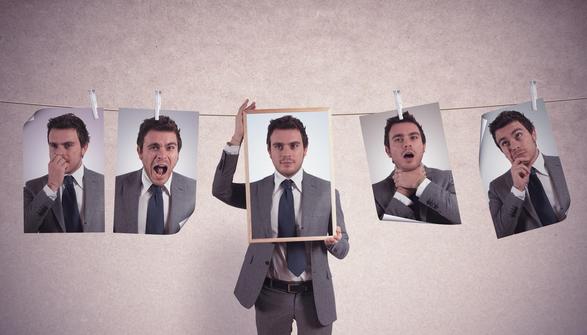 Look in the mirror and show your

Practice talking with each of these energies.  It will be really weird at first.  I’m sure some of you aren’t taking this seriously or think I’m out of of mind.  But practicing using emotions will help you control them 10x better than before.

You’ll be able to not only tell when you get angry, happy, or sad.  You’ll also be able to control your state better.

Controlling your emotions will help you to leverage each emotion when appropriate.  You’ll be able to switch emotions as needed.  And if you feel an emotion you should mask or hold back, you’ll have a grater ability to do so.  Because when you practice an angry face to happy to seductive, you’ll actually be able to do this in real life.

When your boss is yelling at you you’re not going to be ecstatic.  But instead of snapping, yelling back, and losing your job, you’ll be able to feel the anger without acting on it.  You’ll then be able to keep the job until you’re in a better position to quit.

As men, we must develop our emotional intelligence.  Women naturally practice all of their emotions in any given week.  And while this seems unnatural to us as men, it makes sense for women.

How do you think women are able to get over the “love of their life” so quickly?  It’s because they constantly practice getting upset, then being happy, flirty, angry, all in a short matter of time.

Now as men, it’s important not to show weak emotions.

But this doesn’t mean you don’t practice.  You still need to develop your emotional intelligence.  That way when you do feel angry, depressed, or even jealous, you’ll be able to take a step back much quicker.  You’ll be able to see yourself feeling the emotion.  And then you’ll be able to switch gears or at least maintain composure.  This will also help you not to become too addicted to one girl, or even a particular life situation.

Failing to develop your emotional intelligence – your ability to know which emotions you’re feeling, and the ability to switch between emotional states – will result in heartbreak, losing in your career, and a life full of frustration.

Doing the mirror exercises I mentioned above, even just 2-3 times a week, will make a big impact in your ability to control your emotions.

This is the first step.  Once you’re able to have a certain level of emotional intelligence, then you can decide when to show your emotions, when to suppress them, and at what degree.

When to show emotions

Showing emotions is good as a leader so people can connect with you.  There are times when knowing how to control your emotions means showing them off.   Even exaggerating them at times.  For example:

In a relationship where your girlfriend does something good 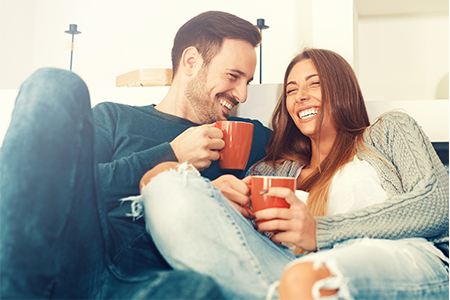 In a relationship and your girlfriend messes up

When you’re leading a team and they fail

Winning and achieving something great

Again, no need to go overboard on showing your emotions.  You should never show too much anger or sadness.  This will make you unbearable and weak to be around.  But using them sparingly will help other to relate to you.  And you’ll prevent yourself from bottling up too much.

When to suppress emotions

Suppression of emotions is critical when your expression of emotion will result in you losing.  It’s wrong to think you should always show your emotions.  This advise is given out by people who don’t know what they’re talking about.

If you want to be a winner, then you need to know how to control your emotions and suppress them at the right time.  If you’re a pro fighter in the UFC, and Dana White doesn’t come through on a promise, the best thing to do isn’t to complain or call him out.  He’s the boss and can curb stomp your whole career if he doesn’t like you.  Your best bet is to suppress your anger and frustration, take the next fight, keep winning, and not disrespect him.

This goes against some of my advice where I tell you to be a man.  But when you’re not in full power or control, like working a job, you’ll need to resort to using dark, feminine tactics in order to win.  Suppressing your emotions when you’ll lose otherwise is one of these tactics.

The natural reaction for all of these behaviors is to respond with negative energy.  But it will do more harm than good.

Suppressing emotion is vital for your way to success.  If you own a business and you’ve already become rich, then you can have the freedom to show more emotion.

But the smart, powerful men, know when to suppress their emotions.  Especially in the public eye.  It’s not that emotions are bad.  In fact many nerdy men believe they have no emotion, but then get butthurt when you talk about girls, masculinity, or other topics.

The truth is we’re all emotional.  And even if you don’t feel extreme emotions can be beneficial to winning in social situations.

But lack of control of emotion is bad.  If a girl does something you don’t like, besides something that ends things like cheating, make it be known and then pull back.  Getting too angry shows what ticks you off and she’ll use this against you when she wants to get a reaction out of you.  But get angry for a short while, then cut her off.  You’re still showing her you don’t like something, but you have enough control not to become a yelling machine or abusive. A big mistake men make is not guarding their heart.  They believe that they have no emotions.  But then they get in a relationship with a girl.  Eventually, they develop oneitis for the girl.  They might even open up emotionally to her.  And the man begins to act beta and weak.

The woman will lose interest and usually dump the man.

And now we’re left with depressed, lonely men who are confused as to why they just got dumped.  Men do in fact have emotions, and they feel the worst of them all at once after a situation like this.

Guarding your heart means you don’t put all of your happiness in a woman.  That way you’re ready for a break up when it happens.  It still won’t be easy, but you’ll know how to control your emotions.  She had value in your life, but she wasn’t your purpose for existing.

It’s important to realize that a particular girl can make you feel happy, but that it’s a huge mistake to be reliant on her for your happiness.  When you do this, you put her on a pedestal, and you’re bound to lose her.

The majority of men realize they have no emotional intelligence after a bad break up.  They didn’t guard their manhood.

Know your emotions, control them, and show when appropriate

Don’t be in denial that you have no emotions.  Doing this will cause you to fail to see what your own emotional triggers are, and will eventually lead to a bad emotional state. 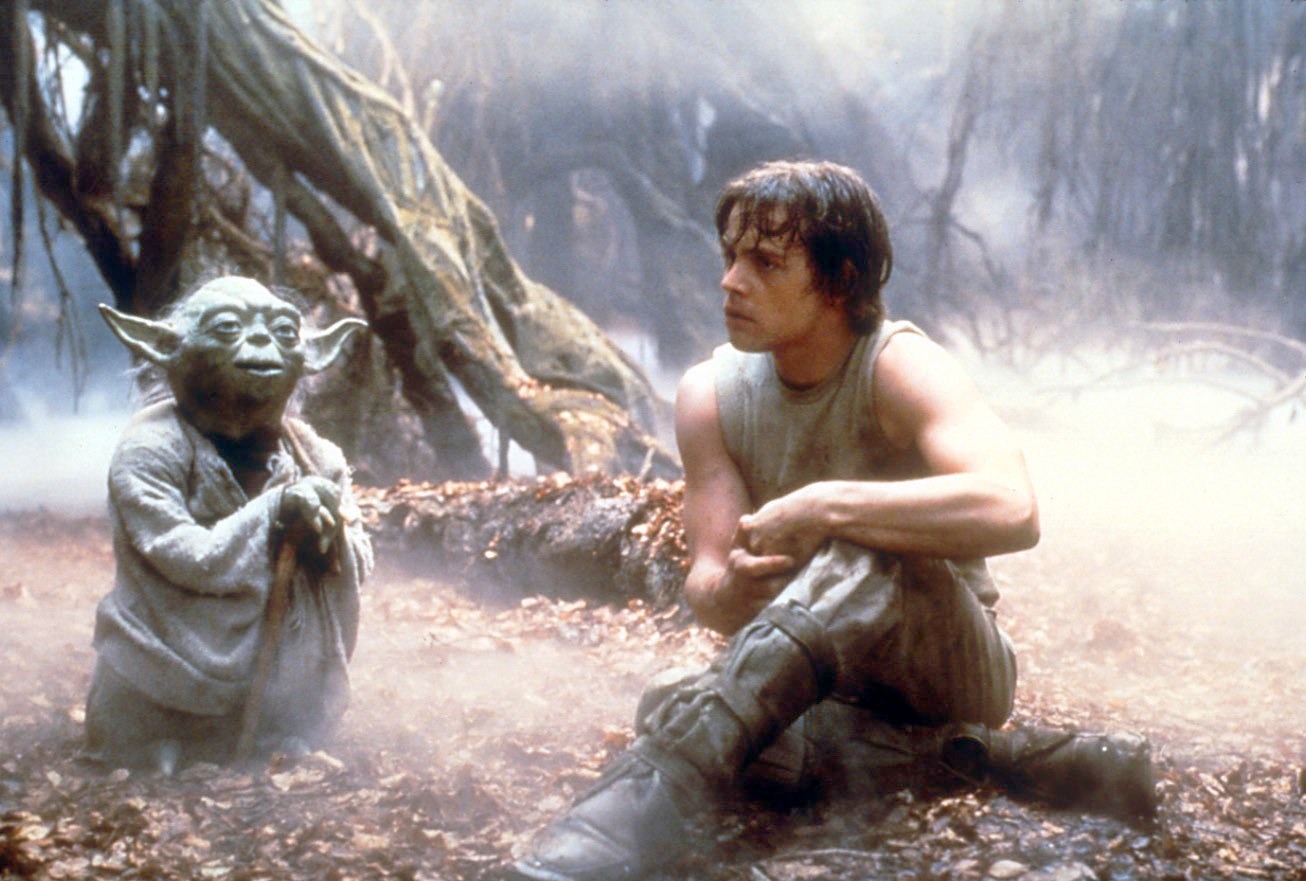 It’s also important to show emotions, even over-do them, in order keep a girl on an emotional rollercoaster, cheer on your kid for doing well, or showing frustration.  Practice different faces in the mirror, mad, happy, and seductive.  This will help you to manifest these states when you need them.

The less leverage you have in situations, the more you need to know how to control your emotions and play it cool.  With more leverage comes the ability to use show what you want.  But the right move is to show less emotion most of the time, and use more emotion when it will help people in your circle (friends/family), or when you’re trying to make a point.

emotional intelligence, how to control your emotions

Every Man’s Purpose is the Same