How to Deal with an Angry Wife or Girlfriend

How to Deal with an Angry Wife or Girlfriend

Figuring how to deal with an angry wife or girlfriend is part of managing relationships.  Every girl is emotional and can get mad or upset at some point.  In fact, chances are that she’s the one whose getting more flustered compared to you, especially if you have emotional control.

You guys should be choosing high quality women to date or marry, as there’s plenty of women that are no good for any man.  That being said, she doesn’t need to be perfect.  Even just a regular quality woman, no angel or woman with a perfect past, can be managed when she’s angry.

And every woman or close to it will be getting angry at some point.  Great girls will seemingly throw everything out the window when they’re mad at you or just upset in general.

The quality of your relationship determines how you handle these types of situations.  When you learn how to deal with angry wife or girlfriend well, you can keep the drama to a minimum.  If you can’t handle this situation and you freak out, you’re in for a long ride my friend.

When you want to know how to deal with an angry wife or girlfriend, there’s 2 methods you could use:

You could also act weak and beta.  You could beg your girlfriend or wife to stop being angry and apologize even when you did nothing wrong.  But I’m going to assume you guys don’t want that path, as that is the worst and will lead to her getting bored and turned off. 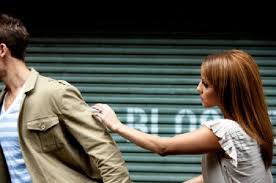 This is not a suitable method for a good relationship.  However, if you want to have the most intense and passionate relationships, this is how you do it.  When you have an angry wife or girlfriend, you either match her anger or you go completely cold and leave.

Some situations could arise you you getting angry back or you leaving, but most of the time this isn’t necessary.  You may need to leave the room, but actually leaving and not answering the phone every time she gets mad is not useful for the long term.  In the short term it will turn her on and make her regret getting mad, but you just postpone the fight until the future.

If you want to actually learn how to deal with an angry wife or girlfriend the correct way, this is it.

This is a method that will give your relationship the best chance of actually being healthy and functional.  If you follow this method, you can let her feel her anger and then still fix the situation.  And therefore, when you deal with your angry wife or girlfriend in this manner, you can still lead the relationship in a healthy way.  When you let her feel her anger and then work to solve the issue, you make your life a lot easier.

You realize you don’t need to get worried about having to deal with an angry wife.  Your wife or girlfriend will get angry or emotional from time to time, you just need to follow this process:

1. Stop trying to use Logic right away 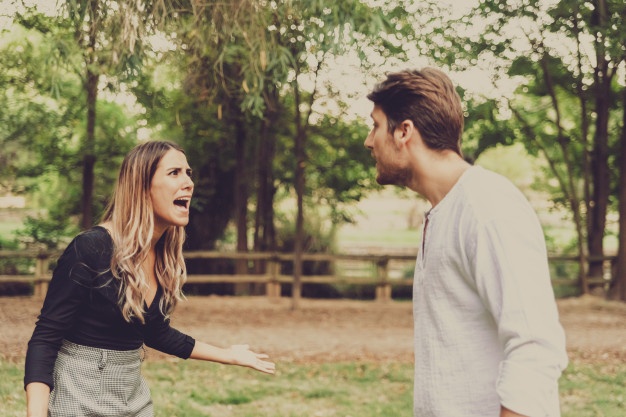 The first thing you need to do is stop being logical right away.

Even the best women throw all logic out the window when they’re mad.  You can handle the logic part later.  The first step is to put that to the side.  Don’t try to convince her with logic why she shouldn’t be angry.  This will just make her more angry and she’ll feel like you just “don’t understand” her.

Instead, realize that when dealing with an angry girlfriend or wife, you must forget logic.  She’s not using her head right now, she’s feeling from her emotions.

Never match her anger, be firm and check her, but keep your emotions in check.

The angrier or more emotional you get, the more you fuel her anger.  The more you train her subconsciously that if she gets angry, you’ll also give her more of an emotion.

In fact, if you’re confused at all, just remain calm.  Being calm will force her to get all of her feelings out of her because it won’t be both of you back and forth.  When you’re calm, this allows her to her her anger out of system and then come down to your level.

3.  Let her be frustrated

This is the biggest problem men have when trying to figure out how to deal with angry wife or girlfriend.

Most guys try to use logic right away.  This is what they are naturally good at.  However, even if your woman is logical at normal times, she will be much harder to have a conversation with when she’s angry.  Instead, let her feel her feelings.

You need to let her feelings run their course.

Again, don’t try to use logic when she’s emotional.  It won’t work.  Can women be logical?  Yes, women have jobs, do math, and can be just as logical as men when they’re not emotional.

The problem is that women, on average, tend to lose their ability to use reason when they get emotional much faster than men.  This is a generalization, but I’ve found it to be true with even otherwise high quality women.

When you’re calm and don’t react to her anger, her anger will naturally subside.

Then once her emotions have calmed down, you can discuss things from a logical perspective.

You can now actually discuss what the anger stems from.  Now you can see if she was having a bad day, or what fears she has, or what in the relationship is causing her to be unhappy.

How long will this take?  Depends on the woman, her natural temperament, the specific issue that’s causing her to be mad, and how you handle it.  If you can remain calm and non-reactive to her trying to bait you to fight with her, yet still maintain a masculine frame, she won’t be mad forever.  It could take a minute or 2 or 20 minutes.  If it’s taking longer than a few minutes don’t worry.  She’ll calm down soon.  It takes energy to be angry.  And as long as you don’t give her a big emotional reaction to her emotion, she’ll be able to come down.

Now she’ll have cooled down and you two can be logical.  You can find out why she was so mad.  And then have a conversation about it.  You’ll come to realize that women get angry for a few reasons.

Why Women get Angry

If you have an unresolved issue in the relationship, this might come up as “I’m sorry I was mad, I just feel sometimes _______” or “I’ve just been thinking about how we’re going to be in different cities…” and then she’ll say the feeling.  Generally it will not be being noticed, or it could be a fight you guys had earlier, it could be both of your plans that don’t align together.  Some unresolved issue.

In this case you to discuss with her the problem.  You need to come to a conclusion on what she needs to do, what you need to do, or what you both need to do.

If it’s a personal insecurity or hardship, it might come across as “I’m sorry for getting mad, I’ve been stressing about my job because my boss said I wasn’t doing well”or something similar.  In this situation, just comforting her is the right move.

And if it’s cause “I’m sorry, I don’t know why I was acting like that” or “It’s just that time of the month”, aka she’s just being emotional.  Then you tell her that you understand she can be emotional, but she’s still responsible for her actions and needs to handle her anger in a better way.  Taking it out on you isn’t the answer, and she needs to  get this.  Most decent women will take responsibly at this point, not because they do so naturally, but because you’ve lead them to this conclusion and now it’s the only thing that makes sense.

You don’t need to scold her, but she just needs to accept responsibility for her behavior.  This is what checking a girl means.  Then you can tell her she can make it up to you with dinner, drinks, etc.  Make a date out of it.

Balance between Alpha and Beta 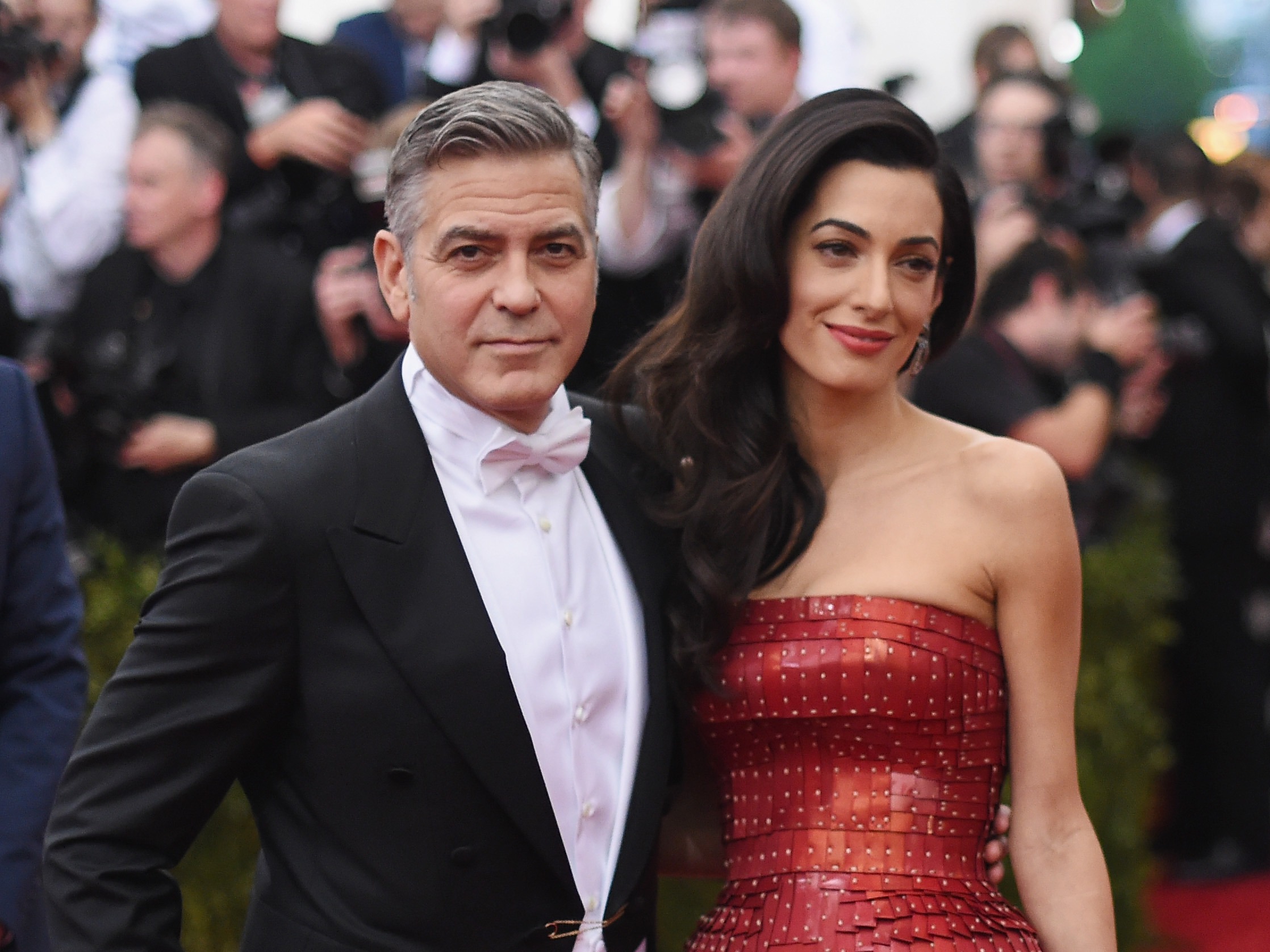 Here’s the thing.  Lots of times your girl might be having a bad day.  She could be going through a rough situation at work, school, with her parents, whatever.  However, sometimes women will just be mad at you for no reason or something small.

If you’re been smothering your girlfriend and not giving her any space, then she could feel claustrophobic.  You’re always trying to talk, hang out, cuddle, and she’s getting turned off over time.  If this is you, then you need to back off.  Let her have her own space more often.

Nevertheless, if you end up with an angry girlfriend or wife, you can still follow the 5-step process above.

Just keep in mind that throughout the relationship, she may need a little more space so she feels like she can actually miss you and have healthy levels of attraction and desire to chase you, while still having the security of a boyfriend / husband.  You gotta balance the alpha energy and the beta validation, it’s an art and takes time.