How to Impress a Girl: Become Valuable and Stop Caring

How to Impress a Girl 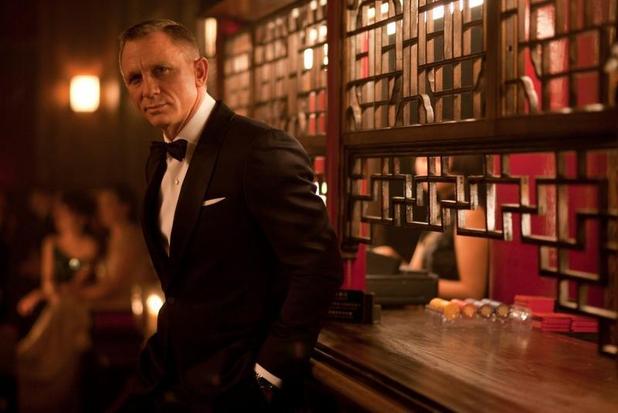 Knowing how to impress a girl may seem like a useful skill to know.  However, if you focus just on impressing one specific girl, you’ll likely get a case of oneitis.  You’ll end up doing everything but impressing her.  Instead, learn what impresses girls in general, and make that part of your character.  Let’s dive in.

Girls are impressed by a man with high sexual market value.  If you want to impress girls that don’t know you well, you need to have high 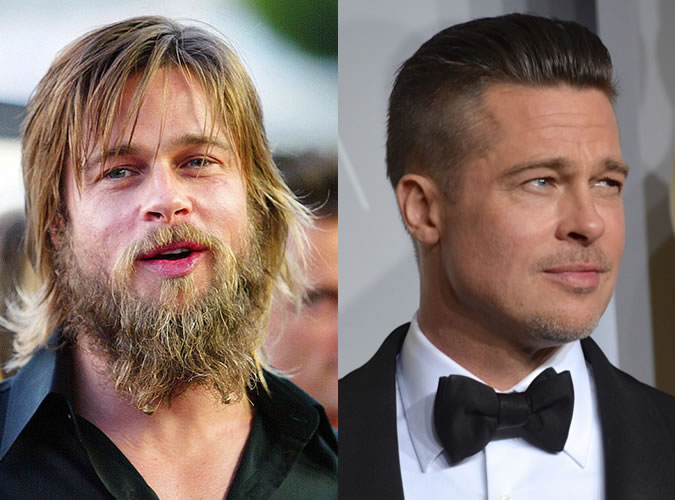 Men are impressed with hot women.  Simple as that.  As much as we like to say we aren’t or we’re above that, most men will turn their heads when they see a gorgeous girl.  It works both ways.  Knowing how to impress a girl can be done if you simply look good.

If you’re below a 5, then you improve your looks, but you’re never going to impress girls on looks alone.  However, if you’re a 7 or 8, and you develop a hot body, dress well, and have a killer style, then you might become a 9 or 10 to some girls.

This isn’t possible for every guy reading this.  And you’ll never be a 9 or 10 to every girl, no matter how much of a stud you are.  But if you’re already ahead of the pack in the looks department, and you max this out, then you can know how to impress a girl with your looks alone.

When a girl wants you just because you look good, it’s a powerful feeling.  You’ll realize what it’s like for women to have guys lust over them.

Impressing women with your looks is also easy if you go somewhere where there’s low competition or where you’re exotic.  For example, if you’re a black guy and you go to Norway, you can impress many women there because there aren’t many dark men.  If you’re a white guy and you go to Thailand, you’ll receive the same kind of attention.  If you’re an asian man and you go to Idaho (small, white majority state in US), you’ll also impress women who want some variety. 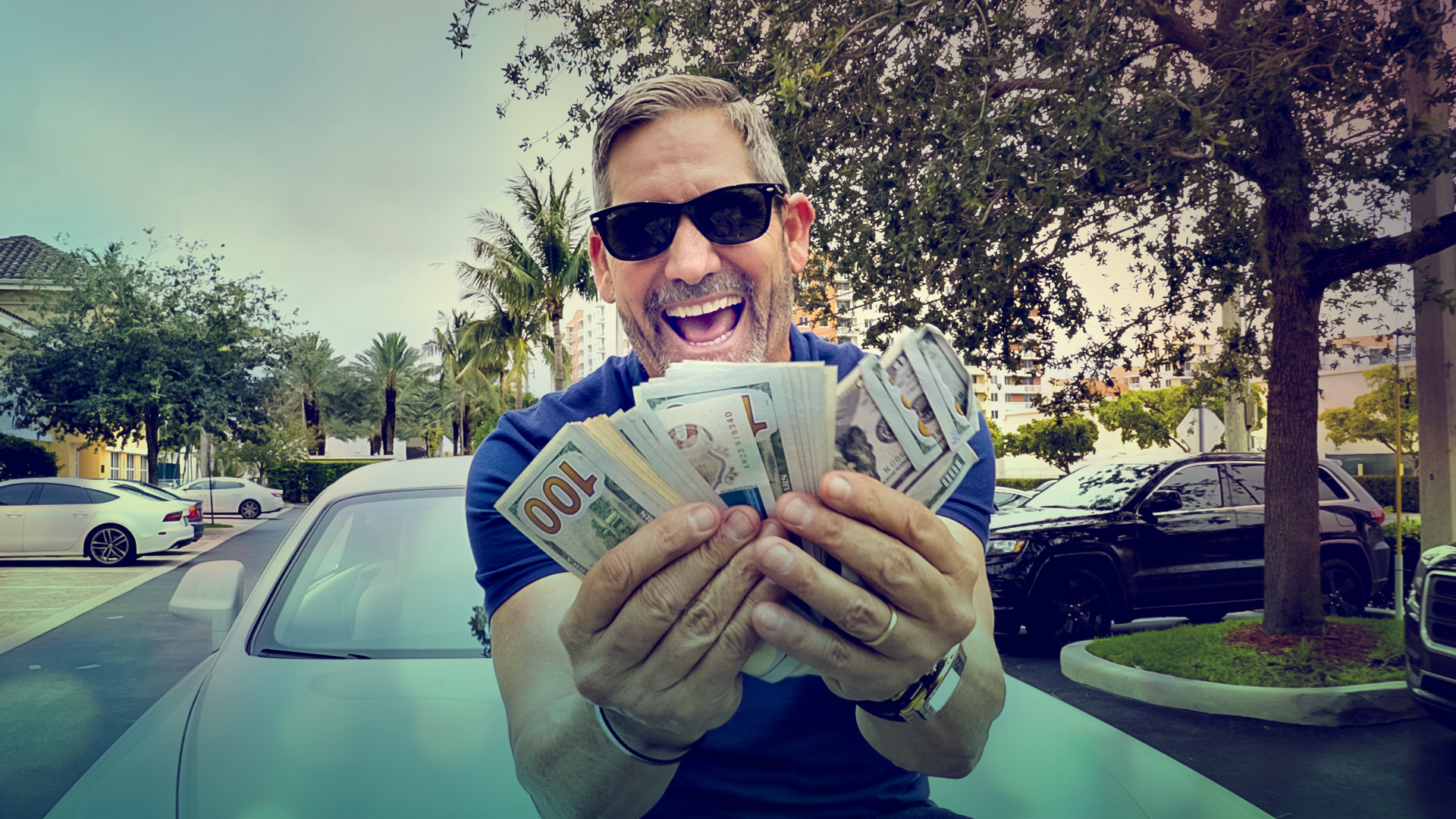 Like it or not, money impresses many girls.  You’ll see lots of girls who say they don’t care what a man makes, but then they’ll fuck guys who make at least what they do, if not more.

It’s true, that at certain stages of a woman’s life, money becomes more and less important.  For example, the girl who divorced raped her husband and doesn’t need to work anymore might settle with a hot, broke alpha.  But other women are more motivated by money, and therefore more impressed by it.

You can show off your money indirectly, by letting women see your clothes (style, part of your looks as well), car, and your apartment/house.  I’ve had many times where a girl just thought I was good looking or flirty but then was surprised when she saw my apartment.  Most women expected me to have a roommate or not have my own place.  when I actually had a decent apartment, many would tell me they were surprised or asked how I could afford it.

I dressed well, but more from the perspective of showing off my body rather than my wealth.  Girls were initially impressed by my looks, but then got the bonus of seeing that I had money.

Which in their minds I went to the broke alpha to the rich alpha.

But notice how I wasn’t characterized as beta bucks.  This is because I wasn’t throwing my money at the girls or taking them out on expensive dates.  When you throw your money at a girl who you aren’t even sleeping with, she loses respect for you.  She knows that you need to use money to get a girls.  And that you don’t value your money.  Which means she sees you as beta bucks and weak.

However, you can still dress like you have money and have a nice car (if you’re rich).  You just need to maintain your masculine energy and frame.

Meaning you’re not giving your money away.  You’re holding onto it.  Money is a type of power.  Women want it from you, but once they get it, they aren’t impressed anymore.  Because you gave it away.  If you give the money to her, then you’ll give it to other women, so you’re just an unreliable beta.  She needs to earn your money.  She does this when she sucks your dick good, gives you love and affection, and cooks for you.  Then you can reward her with a nice date out.  If she’s been loyal and feminine for years in a relationship, you can take her on nice trips.  You can spend a little bit on a girl.  But it’s important it’s in proportion to the effort she puts in first.

You can learn how to impress a girl with money by showing it off, but never giving it away.  You only “give some away” when she’s earned it.  This is for really good plates or ideally girlfriends.  And even then, it’s not to impress her.  But more “hey, you’re down as fuck for me, so you get to benefit from my dope lifestyle” type of vibe.  If you spend money on her to impress her, you’re showing she’s more valuable than you, and you lose.

Out of all of these, an extreme boost in status is the best way to know how to impress girls.

The highest level of status is fame.  Famous guys have their pick of the women, because women love a high status man.  Chasing fame for fame’s sake is dumb, because you won’t likely get it, at least not like that.

But if you can elevate your status in your life, then you’ll also know how to impress a girl much easier.  Women like the pretty boys and they like the rich men.  But they’ll drop everything to make time for a high status man.

Gain status and money at the same time

The best way to increase your status is to create a purpose for yourself.  Turn this purpose into a business, and by default, you’ll be the CEO of your own company.

Just by telling girls you meet that you work for yourself will cause them to think of you as much higher status than most men she meets.  Chances are that she, her friends, and the men in her life are all wage slaves.  But when she meets a guy like you, who runs his own company, she inflates the status of you in her own head.

You may not even make as much money as the beta male who has a nice corporate manager or a software engineering job.  But you’re a business owner.  You have some status, even if it’s just locally on a small level.  And the fact that you’re likely under 50 (most CEO’s are going to be much older, worse looking men), will be another huge bonus.

Women like winners.  Even other men will want to be your friend if you’re a winner.  They’re impressed by guys who are the leaders in society.  Most of the time, those guys also have money, or an ability to earn money due to their status.  But even if they’re not rich, the status that these men in society have is a huge turn on to women.

If you wan to know how to impress a girl, start your own business, and create status indirectly by not having a boss and doing what you love.

How to impress women you already know

Looks, money, and status are all great for knowing how to impress a girl you are just meeting for the first time.  But what about girls that you’re already talking to, sleeping with, or even dating?

The best way to learn how to impress a girl you meet is to have high level of masculinity.  You do this by being focused on your purpose, being able to flirt and not be weird, and just not give a fuck.

Women love a masculine man.  They think that a man who leads, takes charge, and stays focused on his path is extremely impressive.  Good girls and freaks alike are both impressed by a masculine man.  A guy who is in shape, has a deep voice, and who stands up for himself.

If women see a dramatic change in you, or even small changes in your masculinity, they’ll be impressed by your changes.  Now, if you’re dating a girl, and you start to become more alpha, she’ll shit test you even more at first.  This is because she can sense you trying to gain power back.  And she’ll want to see if you really have what it takes.  She won’t give up without giving you lots of tests to reassure if you masculinity is real or a facade.

But when you’re able to become so valuable that you pass her shit tests because you don’t give a fuck, she’ll be extremely impressed by your strength.

Women like authentic men.  They hate men who act fake.  Because a girl can’t trust a weak man.  Which means he may not be able to protect her, or stand up to other men who threaten him or even her.

The best way to learn how to impress a girl is to raise your sexual market value and increase your masculinity.  These two things don’t need to be separate.  By starting a business, and going through the pains that building a business causes, you’ll become more masculine, as well as wealthier and higher status.

Add in some raw physical masculinity like lifting weights and martial arts, and you’ll become a well rounded man.

Should you try to impress women?

You now should know how to impress a girl.  But ironically, even after writing this whole article, I’m going to give you one piece of advice.  Stop trying to impress women.  It’s one thing to flirt with a girl.  You should have a masculine frame and swagger.  But changing your behavior to try and impress a specific girl is the opposite of what you should do.

Increasing your smv and your masculinity will impress girls.  But you should do it just because you want to be a stronger man.

Become valuable and stop caring about what women think.  Dress well for yourself.  Lift weights for yourself.  Get rich for yourself.  Take women off a pedestal.  They take shits just like you and me.  Focus on raising your value like crazy and making yourself the prize.

Then you won’t need to learn how to impress a girl.  You’ll already be extremely impressive.  And the girls will try and figure out ways to impress you and get your precious attention.

How to Impress a Girl, impress, impress a girl, stop caring, valuable, value