Learn How to Fight: 10 reasons for martial arts

Every Man should Learn How to Fight 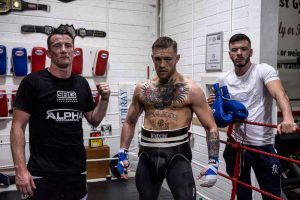 Every single man should learn how to fight.

Whether you do boxing, muay thai, bjj, judo, wrestling, or combine everything and do mma, fighting is a much needed skill in a man’s arsenal of abilities.

If you’re not convinced, or haven’t yet started straining, take a quick read through these reasons.

1. Learn how to fight to Defend yourself

The most important reason you should learn how to fight is to defend yourself.

We all know the world can be a dangerous place. At any moment, someone can attack you in public, and sometimes even form your own home.

Of course, the best self defense is avoiding confrontation. Your potential enemies may have more men or weapons. But you’re still a man. And you very well may need to defend yourself.

You may be forced to fight to save your life. It may only happen a few times in your life. But when the time comes to defend yourself and you can’t… then you’re completely fucked. However, when the moment arises, you’ll be grateful if you actually learn how to fight for the few times you might need it.

2. Defend your girl, family, or friends

Maybe people don’t pick on you much. Or you don’t care about your own life.

But what about your girl, your family, or friends? If someone is trying to hurt any of these people, you’re going to want to know how to fight so you can defend them.

If there’s one or two guys yelling at your girl after you come back from the bathroom, and one starts to push her, what are you going to do? Are you going to pull her away to avoid conflict? Or cower in the corner?

Or are you going to throw hands?

Defending people you care about is about their safety, but it’s all about your own respect. Don’t let other people disrespect you by letting them pick on people in your circle.

If you actually learn how to fight, then you’ll stand up for those around you, and can defend them when needed. 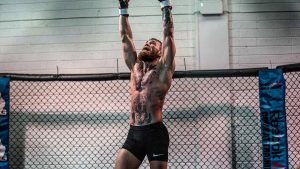 Confidence in extremely important for men.  It’s one thing to be confident at work, in your business, or even with women.

These are all great areas to be confident in.  And I spend time teaching you guys how to do this.

But it’s another thing to be confident in a physical situation.

I don’t walk around thinking about fighting.  Unlike Conor McGregor, who’ve I used pictures from as a prime example of confidence.  But I have a calmness and confidence about me because I can handle myself in a fight against someone random on the street.

This simply comes from training and putting the work in.

Just like you get more confident with women when you fuck more often on the first date, get a hotter a girlfriend.  Or when you become more confident in your business when you go out on your own and build wealth for yourself.

You’ll simply have a powerful and calming presence about you.  You won’t be nervous about fights or physical altercations if things start to turn south.

This will be good for avoiding fights, because you’re confidence in your abilities won’t lead you to overcompensate with trash talk. You’ll say what you need to, and it will be a fight or it won’t.

Your friends will respect you for your confidence, as will other males, and women will be turned on by it.

4. Fight training is great for your Health + amazing workout

Another reason to learn how to fight is because it’s an incredible workout.

There’s nothing quite like sparring hard rounds in boxing or grappling for round upon round.  It’s hard when you’re doing it.  But you feel amazing afterwards.

You’ll burn tons of calories and participating in martial arts is one of the best workouts you can get.  As long as you’re not taking repeated hard headshots in striking, learning how to fight is extremely beneficial to your health. 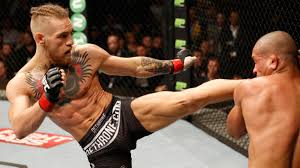 With a great workout comes a lean body.

Lifting weights is a great way to put on muscle and increase your sexual market value.

Combine a class of boxing, bjj, wrestling, or muay thai, with an okay diet, and you’ll have six pack abs to go along with the muscles in no time.

Even if you carry more fat, you’ll lose more of it doing a combat sport than anything else.

6. Learn how to fight and get a Testosterone Boost

Your testosterone will increase if you learn how to fight.

Simply being intense environments, like that of a sports combat gym, and sparring, will raise your testosterone.

It’s like guys in prison have an increase in testosterone because of the conditions they live in.  Always forced to be in survival mode.

You will feel this kind of pressure when you’re putting 100% effort not to get tapped out by the more experience grappler.  Or when you’re tired as fuck but trying to go for one more round of sparring.

Put yourself in difficult situations, especially when you’re testing your physicality against other men, and your testosterone will rise. 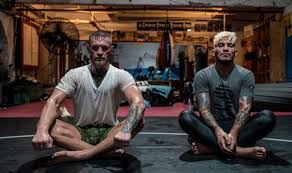 Training in a legit martial art will breed brotherhood.

Going to any gym that is decent will surround yourself with likeminded men.  Men who want to show up, train, improve, and grind.

You’ll become brothers through your sacrifice in the gym.  I’ve experienced this at my boxing gyms and bjj gyms alike.

The attitudes are different.  Boxers tend to come from more humble backgrounds, and the bjj guys tend to have more money (it costs good $ to train) and be more nerdy.  Even though they’re straight savages on the ground.

But either way, you’ll find men developing themselves in any good gym you join to learn how to fight.  Building brotherhood is like having a tribe.  The feeling is incredible.  That you have a bunch of men that have your back and you’ll have theirs.  And you’ll realize how tribal we really are.

8. Your manliness is developed when you learn how to fight

Besides an increase in raw testosterone chemically, your manhood will develop further.  Taking time to learn how to fight will make you into a man if you’re a bitch.

And if you already have a base level of manhood, it will take it to the next level.

Every man needs to learn how to fight.  In your grandpa’s age, everybody boxed, or at least got in fights enough to handle their shit.  But many of today’s men don’t bother to train so they’re fucked if they get in a scuffle.

And as a man, having a powerful manhood should be a sense of pride for you. 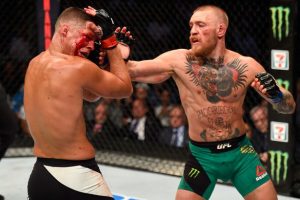 It’s natural for men to fight. For thousands of years, men across all different tribes have taught their warriors and common man how to fight.

Most men learned the basics of fighting with another man.  Whether it was grappling, striking, or a combination of both.

Almost every kind of animal can fight it’s own species in some way or manner. Humans are no different.  Men have been fighting each other in all shapes and forms since the dawn of time.  To establish dominance, defend themselves, battle in war, or even for sport.

Even most boys wrestle each other as kids.

It’s natural to fight.  And therefore you should learn how to fight so you can do so when need be.

Focusing on learning how to fight makes you selfish.  Not in a bad way.  But from a perspective that you’re working on yourself, for yourself.

It will help you immensely in becoming an alpha male.

You’ll have to put consistent energy into your body, mind, and how to leverage your strengths to overcome challenges in the form of other men.

You’ll develop a stronger sense of self appreciation and awareness.

11. More Happiness from knowing how to fight + training 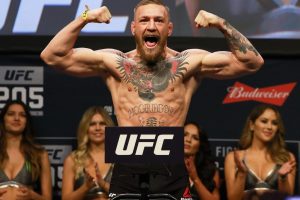 If you learn how to fight, your happiness will increase.

The confidence + power you’ll gain, the feeling from a great workout, knowing you can defend yourself and others, and the brotherhood.

All of these things improve your life.  And in turn you become more happy.

When you learn how to fight, you take care of so many of your needs/wants as a man, in mental, physical, and spiritual ways.  It is one of the things you can do for a huge ROI on your happiness.

If that’s not a good reason to learn how to fight, then I don’t know what is.  After all, everything you’re doing is to have a higher quality of life and be happier.