Nice guys will never win.  If you’re one of the nice guys, you should seriously reconsider your approach to life.  I’m not saying you need to be a modern day Genghis Kan and slaughter your opponents.  You’ll end up in prison or dead in a matter of days.  But what I am saying is that you need a backbone.  Whether you become a bad boy or just a real man, I don’t care.

You can treat people decently for the most part, but you need to know when to stand your ground.  And that’s something nice guys simply don’t do.  Stop being one of the nice guys.  If you pride yourself on being a nice guy, then you’re a fool.  Even when you think of your grand fathers, do you think they were nice guys?  No.  Even if they weren’t cruel dictators, if they did the right thing, you might think of them as good men.  Being a nice guy vs a good man are two totally different things.

If you want to be a winner, you can’t be one of the nice guys anymore.

Nice guys fail because they don’t get what a man wants in life.  Nice guys never get anywhere in life because:

1. Lack balls to start a business

Nice guys lack the balls to start a business.  They never venture out for themselves.  Nice guys prefer the safety of a big corporation, the medium sized business who’s been stagnant for years, or even the hottest start up who’s growing claiming to grow 300% year over year.

Living in the bay area, I saw tons of beta male engineers hopping from tech company to tech company.  I’m not saying all engineers are betas.  But the majority in start up land were.  And they’d hop from one trendy company to another.  They’d jump ship at the first sign of slowed growth.  It’s not like I totally blame them, some of these tech companies had poor management and intense investors with unrealistic expectations.

But you’ll never see a beta male start a business.  Even nerds who start businesses are at least alpha in their career lives.

The majority of nice guys are full on betas.  Not just with women, but also in their jobs.  They never want to take initiatives that might anger their bosses.  They’re only worried about keeping their job, and maybe rising up to mid tier management.

They put the founders on a pedestal, but never aspire to be them.

Alpha males can see what entrepreneurs do, respect it, and try to apply it to our own businesses.

Nice guys lose because they never even think they can own a business.  When they see the fact that 90% of businesses fail, they’ll say it’s not practical to start a business.  What they don’t know is that with 2-5 years of grinding, they’d almost be guaranteed success.  Nice guys fail because they never truly develop a big vision for their life.  In today’s age, a man needs to start a business in order to do something amazing.

2. Never stand up for themselves at work 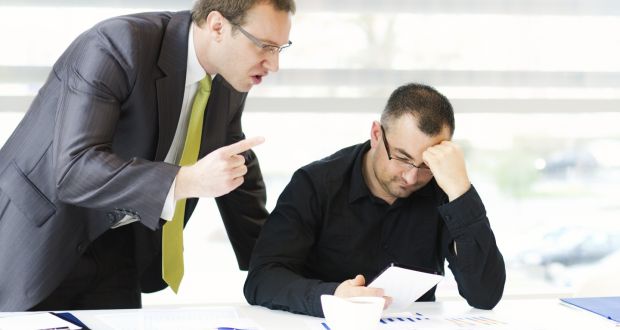 Nice guys never stand up for themselves at the wage slave jobs they have.  They’re willing to take shit from another man.  They just accept that having a boss is part of life.

Alphas can’t stand having a boss.  We get so angry taking the orders of an other man, we feel like we’re going crazy sometimes.

I know many of you still work a job and are working tirelessly to escape wage slavery.  That was me, and I understand that position.  You can still be an alpha if your desire to leave is so strong that you’re willing to build up a business on the side for a few years.

But beta male nice guys will never even have this thought, let alone act on it.  They’ll be too busy living the status quo.

Women don’t trust nice guys.  Nice guys are weak men.  They have physical balls, but they haven’t learned to harness their masculine energy.

Nice guys chase the validation of others.  And especially the validation of women.  Because nice guys always act weak, they never act authentic.  Instead they’re fake.  They put women on big pedestals.  Nice guys glorify women.  What nice guys can’t figure out if that women will never trust nice guys.  Women can’t trust a man who’s so weak he’ll change his values for her.  Because if he changes his values + priorities for her, he’s likely to do that to other people.  He has a low chance to protect her if other men ever try to rape or attack her.

Women can’t trust men who can’t stand their ground against them.  Women don’t trust nice guys because they don’t trust weak men.  And by trust I don’t just mean like trust they won’t cheat, because women worry about the bad boys cheating all the time.  I mean trust that the guy is man enough.  Which he’s not.

4. Little to no sex and affection 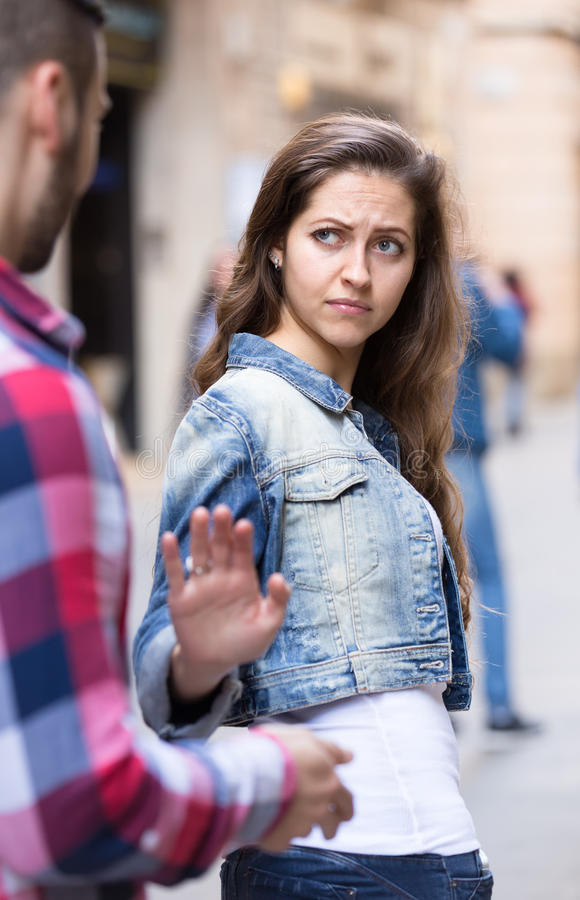 And since women don’t trust weak men, nice guys fail.  Believe it or not, weak men disgust women.  “He’s such a nice guy” is never followed by “I’d love to fuck him”.

Nice guys get little to no sex and affection from the opposite sex.  As a man, we have purposes and are not just driven by getting ass.  But shit, a real man has women in his life.  Whether you’re a full on player or just a man with a girlfriend, you need to have some sex and feminine energy in your life.

Nice guys lose out because they don’t get the sex and affection from women.  They just get friend zoned and ignored.

5. Can’t protect those in their inner circle

By definition, a nice guy doesn’t protect those around him.  If he did, he’d be breaking free from his nice guy role, at least for a bit.

Bad boys and real men will stand up to those who threaten their inner circle.  Whether that’s their woman, their kids, their parents, their friends, or whoever, a man stands up to other people who intend to cause harm to those he cares about.

This can be physically, but doesn’t need to be.  In fact most times it’s not.  Usually it will be gossip when the person is ‘t around or a disrecptpful comment in public.  Are you the type of man to speak up for your friends, your woman, your children, your parents?  Without thinking about it?

A nice guy wishes he was like that, but rarely steps forward.  He fantasizes about being the hero because he doesn’t feel fully confident in himself.  Therefore he thinks about a fantasy in which he’ll be seen as a man.  But when you feel like a man in the present, you don’t fantasize about being a hero.  Because you already feel like the type of man who has the backs of those he has loyalty to.

6. Let others bully them

Nice guys let other men, and even women, bully them from the beginning.  Whether it’s at their job or in a relationship, the nice guy is always a victim of others.  He’s constantly getting bullied.  He exists merely as comedic relief.  The nice guy is stepped on, and metaphorically spat on.

The weak beta males lose because they let other people bully them their whole lives.  They’re either okay with being put down by others, or aren’t okay with it but still deal with it.

Fuck that.  As a real man coming up in life, stop being a nice guy.  Don’t let other people step on you. 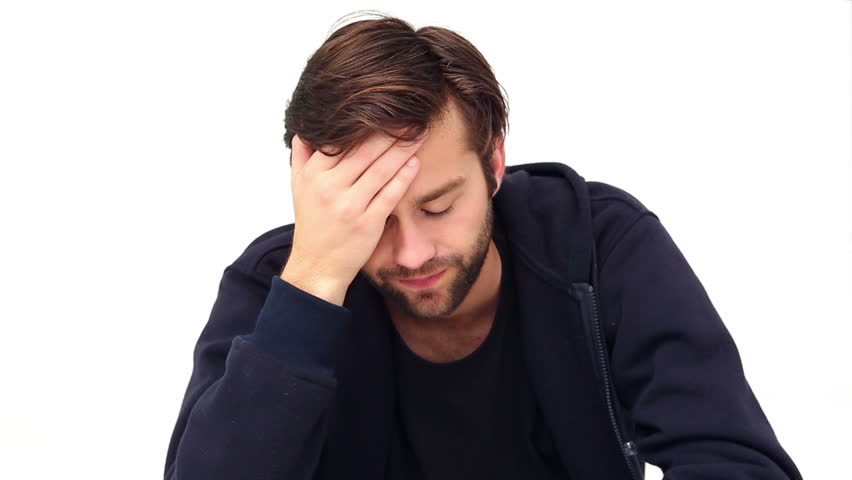 Nice guys never attack life.  They never go all out.  They stick to whatever “safe job” or “safe relationship” they have and never branch out.  For a fact they don’t take their bodies to the next level, they don’t sleep with tons of attractive women, and they don’t chase their dreams.  Nice guys may not even think big enough to have respectable dreams.

Even in the modern era, where you can start a business with an internet connection, the nice guy is never truly attacking life.  He stays on the sideline, and will eventually get married, divorced raped, and tossed aside, or live a life of quiet desperation.

He never steps outside his comfort zone to take on the challenging opportunities that are available to us all.

Stop being a nice guy, start being a man

It’s time for you to stop being a nice guy.  You can treat people with respect.  But when you get disrespected, you’re not going to take it like you’re a doormat.  A man who thinks like a pimp or a CEO isn’t going to take that.  You either will say some shit back, or cut off the person from your life.  In the club, you might say some shit back to another man.  In a business meeting, you’ll tell a rude prospect that your firms aren’t a good fit.

But you’re not going to one of the men who take shit and lives his life bowing down to others.  Stop being one of the nice guys.  Be a real man.