Purple Pill – The Path of Poison: Why it’s a terrible decision 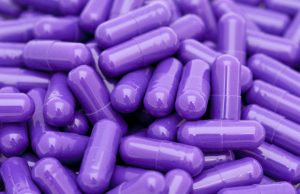 The purple pill is a variation of the red pill philosophy.  I’m not one for putting philosophies on a pedestal, but they help us to frame ways of thinking and can be useful.

A man takes the purple pill when he learns the red pill truth, intellectually accepts it, yet decides to live his life the same way when he was blue pill. 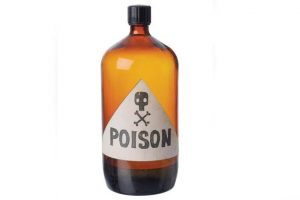 Taking the purple pill will poison your life.

If you learn the truth and fall into the trap, then what’s the point?  At least the uniformed blue pill man didn’t know about his downfall.  He can’t blame himself.

But a purple pill man will learn the truth.  He doesn’t do what he needs to do to change.  And then he’ll have his downfall.  Except he’ll know that he could’ve avoided this.  He though it wouldn’t happen to him, or that his life was different.  Or he was too lazy to change.

The purple pill is the path of poison.

Taking the purple pill means you know about all the red pill truths, yet deny them or think they won’t happen to them.  Purple pill men think that they can live like a blue pill man and not suffer the consequences.

But no man is above the game.  If you never learned about the red pill, then no one can fault you for mistakes you’ll fall into that a normal blue pill man would make.  However, if you see the red pill from your own life or from your online searches, and continue to make the same mistakes, you’ll be even worse off.  Because you’ll know you could’ve prevented the downfalls.

Many players and other men, especially in todays era, know the risks of getting legally married.

They know they can lose half their net worth, plus alimony and child support.  Divorce rape can destroy the mightiest of men.

But yet when it comes down to it, they still get married.  They think they’re above the game, or choose to take all of their red pill knowledge and try to forget it.  Until they see the debt their newly wed wife brings into the marriage that he didn’t know about.  No worries, he’ll pay it off with enough effort.

Nevertheless, one day wifey isn’t too happy with him any more.  Then comes the divorce.  Just because you’ll never divorce your wife, doesn’t mean you’ll stay married.  Because she can divorce you.  70% of divorces are initiated by women.  And 90% divorces are initiated by women with college educated couples.  If you and your wife both went to college and you’re getting divorced, 9/10 times it’d her dumping you.

You can have kids without marriage

I’m not saying you can’t have kids.  After your player or playboy days are done, it’s likely you’ll want to have kids and create a legacy.

But having kids without getting married is risky you say?  What about child support?  Child support from your baby’s mother is much less than child support + alimony + half your net worth.

Whether you want to have kids or not is up to you.  You can still be dating the mother of your children if it works out.

Nevertheless, under no circumstances should you sign the marriage contract.  Have the ceremony if you want.  But protect your assets.  Purple pill men try to forget that over half of marriages end in divorce and think they’re above it.

You can muscle through a job you hate 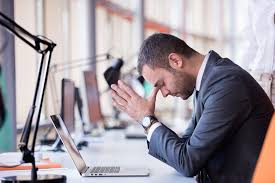 That job you hate will eat away at your soul

Many men learn that the truth to build wealth, success, and fulfillment is to become an entrepreneur.

But it’s hard as fuck to start your own business.  Let alone one that will achieve over 100k.  However, it’s definitely possible.

That being said, most men settle for mediocrity.  They take the purple pill and tell themselves they can be happy with a boss their whole life.  If you have to tell yourself that everyday… if you’re reading my website and similar ones, then you’ll never be happy having a boss.

You’re living way below your potential.

Living for the expectations of others

Living to fulfill what others expect out of you will leave you miserable and depressed.

As humans, we’re social creatures.  So naturally we want to impress our parents, friends, and girlfriends/wives/lovers.

That’s not a bad thing in itself.  But because of this natural tendency, many men, and people in general, live lives to keep people in their life socially satisfied.  This leads to a life of quiet desperation.

You have to balance your social needs with that of your own passions and goals. 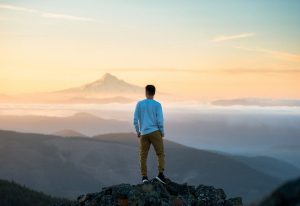 The red pill man recognizes that his social needs can’t come above his own purpose.  If chasing your purpose in life lets down certain people in your life, then you know it’s worth it.  You’ll be happier in the end doing what you love rather than what you’re expected.

Yet many men revert to the purple pill and choose social validation over their purpose and passions.  This is a massive mistake.  Social needs are real.  If you’re introverted, your social needs will be much less than an extroverted person or a woman.  But you’ll still want connections with family, friends, and your bros to some degree.

As a red pill man, you need to recognize your need for social validation and find it in the form of brotherhood.  And family if that’s an option for you.

Some social validation is okay, but you can’t live off of it

However, you can’t be consumed and live only for social validation.

The path for a red pill man is lonely, but it’s the most rewarding way for you to go.  To learn the truth of the world and then apply that to better your life.  That’s what real men throughout history have done.

Create their own path and live it.

Living for the expectations of others is what blue pill and purple pill men do.  The blue pill man does it unconsciously.  But the purple pill man knows better.  He’ll suffer worse because he knows he’s living for others approval instead of his purpose. 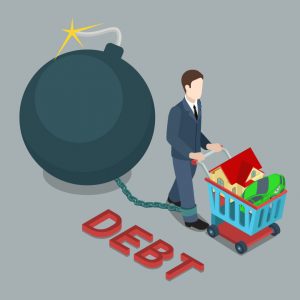 Debt is the killer of dreams.  Studying the red pill will teach you that.  Just like with marriage and relationship traps, you aren’t above the game when it comes to money traps.

Purple pill men end up in big debts just like blue pill men, except they know going into them it’s a bad idea.  Debts like buying houses and cars you can’t afford.

Buying a house you can’t afford

It’s not always a bad thing to buy a house.  If you can pay for it cash, or have the money to pay for the majority mortgage already in the bank, then it can be a great investment.

You can live in it, rent it out, and so forth.

But the mistake is to buy a house you can’t afford.  It’s terrifying how many americans and other westerns spend on houses that are way above their price range.  Everyone is trying to chase the middle class dream and keep up with each other.

This is similar to your social circle.  You’re probably considering buying a house you can’t afford so you can keep up with your friends or make your parents happy.

It’s not worth the stress and possibly financial devastation.  Buy a house when you can afford.  Then it can be a great investment.  Don’t revert to the purple pill and become in debt to a mortgage that can kill your chance and financial freedom.

Buying a car you can’t afford 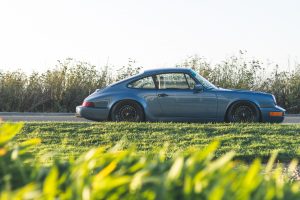 Buying a car, or worse, multiple cars you can’t afford, is a huge cause of debt among Americans and other westerners.

A car payment is like a mini mortgage.  While not as financially devastating as a bad mortgage, car payments on sports cars or new trucks will hold you back.  If you need to have a car, have one you can buy in cash or for as small of a car payment as possible.

You can buy a nice car when you’re rich and it’s nothing to you.  But when you’re not rich, you can’t afford to make the same mistakes all these blue pill men are making.

Thinking the red pill is wrong and turning purple pill

Trying to convince yourself the red pill is wrong is just denying the facts.

You don’t have to agree with all the political views of red pillers, or agree with every single point.  But the general truths you learn about dating, work, and the social structure are correct.

You can still have a relationship if you like, but doing so with red pill knowledge will better arm you for success.  Working a job is an option for you, but don’t deny the facts that you have less control over your life.

The red pill on a macro scale is a series of truths that other men, and yourself, have learned through observation and experience.

Flat out ignoring the red pill and denying it is what makes you a purple pill man in the first place.

And the path of the purple pill is poisoning to you.  Knowing the truth but ignoring it and suffering the consequences is much worse than suffering without knowing ahead of time.

You were on the train, knew it was going off the ledge, had time to jump and roll over on the side to safety.  But instead you chose to stay on the train.  You were afraid of the scratches you might get from the jump.  You’d recover from those pretty quickly.  Instead you’re falling off the edge on the train to your doom.

That’s the path of the purple pill.  At the end of the day it’s up to you to decide. If I were you, I’d choose to accept the truth and apply it to make your life better.  Denying it will just lead to your downfall.