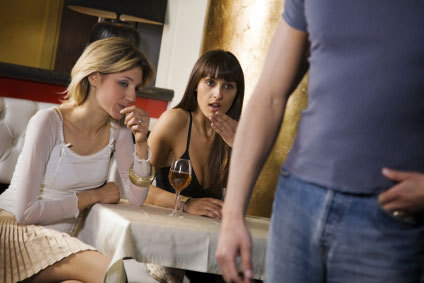 The beta will never satisfy a woman.  She’ll always crave that alpha energy.

Most of the issues I hear from the emails I get and comments I get about women are about this.   If you read a few articles and apply some tactics, you can come off as alpha.  But then when there’s not a tactic for your situation or you forget the “correct” thing to do, you mess things up.

If this is happening to you then you need to realize the core issue.  It’s that you are still beta on some level or in some ways.  It’s okay to recognize it and correct it.  But you must understand the beta will never satisfy her.  That’s why you can’t just pretend to be alpha to get a girl.  Well, you can.  But eventually your true beta self will come out.

And then you’ll scare women away.

You must get real alpha energy if you want to be able to deal with women and not think about every single little stupid detail.  Then you’ll the do the right things naturally and won’t overthink things.

Beta’s give power to women

The thing that makes a man a beta to a woman is that he gives his power away too easily.  The beta will give power to women to get on the girls “good side”.  He’ll be fake.  He puts her on the pedestal in the hopes of getting sex.  The beta will never satisfy a woman because he’s constantly showing weakness.

Anyone who looks around at other peoples relationships or their own will see weakness only turns girls off.

Make the woman enter his world 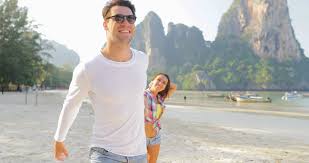 A man whose attacking life is a man whose the captain of his own ship.  He has a destination he’s headed towards.  If a woman wants to jump aboard his ship, she can do so.  The captain will ensure she’s providing value to the ship and is making his voyage better.

But if she’s unwilling to jump aboard his ship he doesn’t think twice about stopping for her.  He’s going on with or without her.  There will be plenty of other women who want to jump aboard.

When you think like you’re the CEO or the captain, you begin to act like one.   You have the alpha energy she craves.   Girls will want to jump on your ship and enter your world.

The beta will satisfy a woman because he lets her disrespect him.  He has no value in himself.  He’s willing to sacrifice his manhood in order to try to impress a girl.

A man with alpha energy isn’t going to stand for that.  If a woman disrespects him he doesn’t tolerate it.  In most cases he’ll act indifferent and let her chase his attention.  But if he’s dealing with a long term girlfriend, then he knows he’ll have to check her on her bad behavior from time to time.  Even decent girls can act up due to instincts to test him or just their hormonal cycles that make them emotional.

Alpha energy won’t allow you to cower at the sight of a rude woman.

Are willing to walk away

A man with alpha energy is willing to walk away.  He knows that he will be fine without any particular girl in his life.  He cuts problematic women off when he needs to.   Because he know that he must always be willing to drop a woman.  That’s how he avoids oneitis and getting too attached to a woman who doesn’t deserve it.

But he’s always willing to walk away.  Women crave a strong man whose able to walk away from them when they deserve it.  The alpha energy in you, which can be felt when you do alpha shit like lift weights and practice semen retention, will give you the power you need.  You’ll know you can replace any woman with other women.  And even if you it takes time, you’d rather be alone than deal with a woman who will disrespect you.

Beta’s will never satisfy women because they simply don’t understand this.  They’re too desperate to keep the girls and are never willing to walk away.  Which results in the woman to seek the raw alpha energy she craves.

When a woman meets a man who does all the above, she feels alive.  She feels the alpha energy from a strong man.  A man who has a life outside of her, who will treat her like a human being.  Meaning when she disrespects him he either dumps her if it’s serious enough or shows indifference / checks her if its lighter.

Alphas show strength in not being desperate, which turns women on.  It also makes them feel like they have a real connection, because a man with alpha energy doesn’t need to be with her.

So if he chooses to be with her, then it makes her feel valuable.  A woman feels like she’s lower value when she settles for as beta.  She feels higher value than the beta male himself, but she feel like she’s not living up to her dating potential.  But when she’s dating / fucking a man with alpha energy, she feels like she’s getting the better end of the deal.

Stop trying to use beta tactics to get women 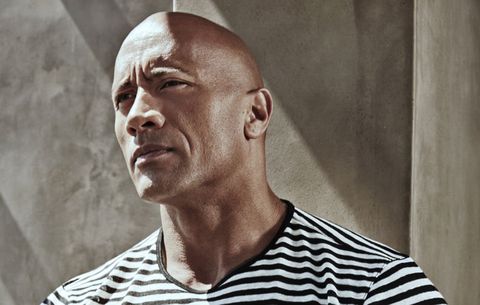 Stop using expensive dates with women you haven’t fucked.  Stop being nice when a woman is being cruel to you and isn’t respecting you.  Using beta tactics to “sneak your way” into the getting sex or love from women rarely works.  And on the off chance the girl is going through a break up with an alpha and willing to give you a chance, you’re going to get used and abused.

If you act like  a beta, you’re going to get treated like one.   Rise up from that.  Work on developing your alpha energy so you can get women to like you for the man you are and the confident energy you have.  Have the alpha energy that is going to get you the results an alpha gets.