TRP is quarantined: Red pill on reddit shutdown, what this means for men 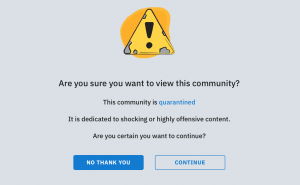 TRP is quarantined on reddit.  Most of you probably are familiar with trp on reddit.  It stands for “the red pill”, and has been a section of reddit for quite some time now.

It was one of the major hubs for red pillers to come together and share ideas.  I didn’t spend too much time on it myself.  But I have read some posts there and generally found information to be valuable, even if I didn’t agree with everything on every single post.

Just like some of you may not agree with every exact strategy or point I mention, you wouldn’t be here if Rebellious Development brought no value to your life.

Now that TRP is quarantined, red pillers, majority being men, have one less source to go to.

Censoring is never a solution.  Maybe censoring pedophiles or mass murderers from getting together is one thing.

But to censor men trying to get laid, lose their virginity, or manage their relationships better?  Or men who want advise on their career, becoming an entrepreneur, or even worse, trying to build wealth for themselves?

At the end of the day, reddit can do what they want.  Because they own the website.  But when they base their own platform off of people being able to talk about whatever they want, and then ban men from talking about practical things… it’s a sign we’re in bad times.

We’re in times of censorship.  Of times of trying to stop ideas from flowing.

Men have been waking up

There’s a reason subreddit was popular and growing.  Men, and even some women, saw “radical” ideas as being true in their lives.  Things like women go for the alpha males over the beta males.  Or that you need to become financially independent.  Or how getting legally married is a bad idea because of the threat of divorce rape.

Many men saw commonalities across their lives with other men.  Things that aren’t discussed in the mainstream media because they don’t agree with the social programming.  Topics that have big impacts on their lives.  Men coming together to share their life experiences and learn what works for success is what the red pill is all about.  Learning the truth even if it’s uncomfortable.

Where do we go from here? 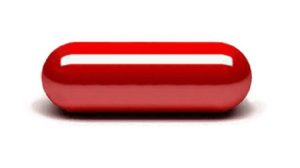 On the flip side, this censoring can only do so much.  While reddit can shutdown whoever they want, this will only temporarily stop the information of red pill ideas and discussion.

Whether it’s here, on another red pill blog website, or on another forum type of site, or YouTube. You can only censor so much.  And you can’t censor someone’s website the same way a company can shut down their own subreddit.

There are always other platforms

In business, the owners get the final say.  Nobody can shut down my website except for me, given nothing illegal is taking place on here.

That’s why Rebellious Development and other resources will continue to flourish.  Men are waking up everyday.  And more of us are realizing relationships aren’t the same as in the movies, nice guys finish last, even that their corporate job will lead them to depression.

Men naturally will want to rise up and take control of their lives.  That’s why I’m not going anywhere.  And that’s why beacons of other red pill type of websites and platforms will continue to grow.

Red pill will continue to spread 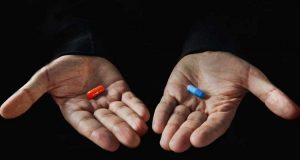 It’s unfortunate that TRP is quarantined on reddit.  But that will only slow down free speech in the short term.  In the long-term, the demand for more red pill type of content and info will only grow.  Because men are suffering from problems that stem from are society.

Men are always going to want to talk about how to get a good girlfriend or get laid, and how they can make more money and build wealth even at a young age.  We’re going to strategize about how we can best optimize our lifestyle.

And so we have nothing to fear.  We’re powerful and strong.

Creating strategies to succeed in the world

We can create our own platforms for discussion.  If it’s not reddit, then it will be youtube channels.  If a channel gets shut down, then we can convert that over to a website or another channel.  TRP is quarantined, but the ideas we have can’t be held back.  It doesn’t matter how much social programming and bullshit you try to put on us.  Once men find their masculinity, they do the shit they want to do and talk about the stuff they want to talk about.

It’s not about putting down women or being haters.  Instead, it’s about creating strategies to live the best kind of life we can.  That’s what I’ve dedicated Rebellious Development to doing, and I’ll continue to help you guys on your journey to live your best life.