Weakness will ruin relationships.  And the longer your relationship with a woman is, the more likely the average man is to become betaized and become weak.

It’s fine to love your woman and show affection towards her.  But you can’t place your happiness in her.  This is how you become weak for her and this weakness will ruin the relationship.  You become weak when you start to fail her shit tests and prioritize her over yourself.

Ways men are weak in relationships

What are the main signs of becoming weak in a relationship and developing oneitis for your girl?  Here are some of the common types of behavior you’ll see in yourself or even from other men in relationships.

1. Calling / texting too much 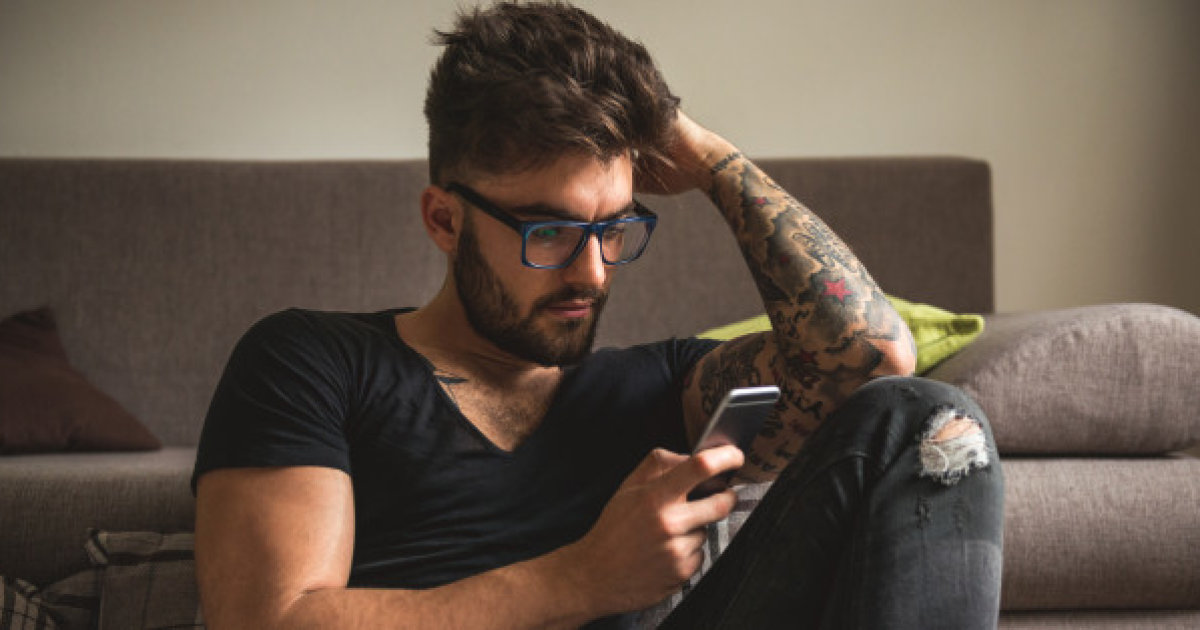 Calling and texting your girl too much is a turn off.  She sees that her value is higher than yours because you’re always hitting her up.  She can never text you first and actually miss you if you don’t take a step back and let her pursue you.

When it comes to calling and texting it’s about balance.  You want your girl to be initiating more than you and to be the one chasing you.  Even in relationships.  Of course you can text her back and initiate sometimes as well.  However the key is to make sure you’re not the one always chasing her to talk.  You should be busy working on your purpose and not have the time to send her a text or call her every spare second you have.

2. Being desperate for sex

Oftentimes women will use sex as a bargaining tool to get what they want.  And if their man is really turning them off, they will make up every excuse they can not to fuck.

The easiest way to think about sex is that you can want it, but you can’t need it.  If you’re woman pulls sex back from you then you need to give her less attention.  In return she’ll have to give you sex which you want for the attention she wants.  If she is fucking you way less or not at all and you’re still acting weak, then you’re being desperate.  You’re trying to get on her good side in order to fuck her, but this backfires and you continue to get no sex and no respect.

She should come onto to you too

A woman who really likes you or loves you will initiate sex a fair amount of the time.  Trust me on that.  When a woman really likes you she’ll fuck and maybe not tell you she was on her period or that she feels sick, because wants to have sex with you.  Woman feel a strong desire to fuck the men they really like.  Being desperate for sex will cause her to lose sexual attraction for you which will give her the power and make you weak.

3. Getting jealous over small things

Getting jealous over small shit is another way to see how weakness will ruin relationships.  If a guy tries to flirt with your girl for example, you shouldn’t get jealous.  Come take your girl back and politely walk away.  If your girlfriend is actually flirting back with him then just walk away completely.  Don’t act butthurt with small things like this, especially when she can deny she was doing anything.  Acting cold and non-chillant, while not butthurt, is a much better response than getting overtly jealous and causing a scene.

Acting in a jealous and angry manner may seem strong, but it’s actually extremely weak.

4. Not standing up or calling out bullshit

This brings us to our next point.  In the example above, you can pass the minor shit tests by giving your girlfriend less attention.  However bigger things need a direct response.  When your girlfriend disrespects you, she wants you to stand up to her and call out her bullshit.

Never get physical with her, and avoid yelling for the most part.  Yelling can be effective if used extremely sparingly but most guys get into a bad habit of always yelling and it becomes weak.

Instead, just call her out on her bullshit.  When she disrespects you in front of friends / family, flakes out on dates with you, is always on her phone, and things of like this, then call her out directly.  You must always mean what you say and be willing to walk away if she doesn’t change.

Leadership is all about making decisions and guiding other people.  In a relationship, it’s up to you to lead it and make the major decisions.  Your woman can have input as well, but she’ll be attracted to a confident man who is making decisions more often then always asking her what she wants to do.  She usually doesn’t know what she wants to do, and even if she does, she likes it when you take charge.

If you never take charge and lead the relationship, then you’re either being too lazy or too dependent on her thoughts of your decisions.  Both are un-masculine and will cause her to view you as weak.

Why weakness will ruin your relationships

Weakness will totally kill your relationships.  This is the truth that the majority of men don’t want to believe.  Yet the ignorance of this will only cause you to scare away your woman.  She’ll end up with the power which she doesn’t want.  And she’ll either control you, dump you, cheat on you, or likely a combination of the three.  That’s why you can’t afford to become weak.  Weakness will ruin your relationships with women.

It’s the name of the game.  I wish I could tell you just to be yourself.  But if your natural self has weakness, as most human beings do, then you need to alter yourself.  You need to actually become a strong man.  If you’re not that man, at least avoid the weak behaviors I  stated above.  If you can avoid calling/texting her more, being desperate for sex, and getting jealous over small things, then you’ll at least be decently strong in the relationship.  And if you can learn to lead and call her out on her bullshit, then you’ll definitely be the masculine man your woman wants you to be.

As a masculine man, you need to be strong 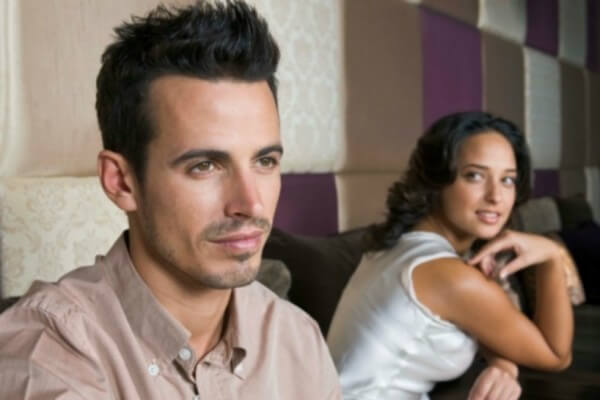 You can still love your woman.  But you can’t put her on a pedestal.  She’s still a human being.  And you can’t become weak in the relationship.  Otherwise it will go downhill and you’ll lose her or you’ll both be unhappy.   If you’re naturally masculine and she’s naturally feminine then you need to be strong and lead.

If she’s naturally masculine and you like to be the follower then that’s a different story.

However I know all of you who follow my content here are either masculine men, or men who desire to be like that.  And if that’s you then you can’t afford to be weak in relationships.  Become a man’s man.  or weakness will ruin relationships and you’ll never be happy with a woman.

Hello Rebel, can I still follow this rules when the girl in question is leaving town soon? I’ve taken her on a date, then brought her back to my place twice, made a move on her, we kissed and had romance but she didn’t give me sex on those two occasions she visited. She’ll be leaving town in 3 weeks from now, how do I get to lay her? cuz she’s not coming back to town anytime soon. How do I avoid showing weakness in my quest to lay her? Thanks

If she’s leaving soon and she wasn’t down to fuck both times, then she’s not down. I would cut your loses and pursue other women who are interested.

Your need to fuck a woman who is using you for non-sexual attention will lead to weakness.

I am in a terrible relationship with a girl for over 6yrs now, and most of the time when we have quarrels I always be the first to initiate reconciling, it has gotten worst that even when I treating her of braking up with her she will be the first person to block me in all her social media act and tell me she doesn’t care. And to rap it up whenever I make move for sex she puts me down and tell me that it’s not all about sex, I’ve cried for these same girl over 20times since we… Read more »

The only way to restore your dignity is to break up with her.