When to stop pursuing a woman

When to stop pursuing a woman

Knowing when to stop pursuing a woman is important for men in the dating phase as well as relationships.  Persistence in all efforts in life can pay off.  And the same holds true to relationships with women.  However, there’s a difference between persistence towards something that’s going to work out and you chasing a girl who isn’t interested.

You need to know when to cut your loses and leave the girl alone.  Relationships require two people.  Whether you have a girlfriend of 4 years or you just met a girl, she also needs to put in effort.  If you can realize when you should walk away and stop pursuing a woman, you’re going to have more respect for yourself, higher quality relationships, and spend time with women who have a real interest in you.

In most situations, the man is going to pursue at first.  Whether you’re going up to approach a girl you find attractive, or a girl is checking you out and giving you a hint, you still need to be the one to make a move.  And let’s say you’re a stud and girls hit on you from time to time… they’re only going to take it so far.  The most they’ll do is ask you for directions or maybe given you a compliment.  They still expect you to take charge.

Don’t be mad about this.  This is how the dating game is.  Especially the women you want, the feminine women, aren’t going to go approach you.  They might check you out or give you choosing signals – mainly by just checking you out.  However you’re still going to need to pursue at first.

That’s the energy of the masculine.  To become erect.   To go out, explore, and build.  That’s why as men we need to pursue women at first.  Or maybe a better way to put this is lead the way.

She needs to have some interest

There needs to be a base level of interest and compliance with the woman.  Many men think that if they just pursue and keep on pursuing then the woman will eventually like them.  This usually isn’t the case.  And even if it can happen, it’s going to take months and months.  It’s much better to pursue girls who show interest from the beginning.

These are women that have a natural disposition to like you.  They’re going to be much more compliant to your leadership and terms for a relationship.  The two of you are going to vibe better and enjoy each other’s company more.  You won’t have to force things for feel like you’re always pursuing her.

Some women will say they want a man that is always pursuing them.  That’s misleading.  They want to be pursuing a man they love and that they find masculine.  They also want the man to put in some effort too.   But over pursuing women turns them off.

Pursue at first, but not forever 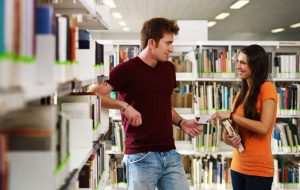 We’ve covered that it’s normal for a man to pursue.  At least make the initial approach to have a conversation and meet up.  In relationships, this could be the man telling his woman that they should go on a date or do x or y activity.  “Let’s go to the ____ this weekend and get lunch at _____”.

It’s masculine for a man to pursue and make things happen.

But you can’t pursue forever.  Then it becomes chasing her.  What happens when you chase a woman, whether it’s a girl you just met or your girlfriend?  She runs away.  Women don’t want to be chased.  Because chasing means that she’s not interested so you need to try harder.  A valuable man will pursue within reason, but he won’t chase.  He values himself too much and he only wants to date women who also have real interest in him.

When to stop pursing

So when fo you stop pursuing a woman?  When she stops complying with you.

When she’s complying, she’s in her feminine state.  But when she doesn’t comply, she’s in her masculine state.  It’s fine if a woman doesn’t want to comply if you’re working with her or in a non-sexual or romantic encounter.  That’s not what I’m talking about.  I’m discussing relationships with women, whether it’s your girlfriend or a girl you’re dating.

Let’s be clear about this.  Compliance doesn’t always mean she needs to agree with everything you say.  She can have her own opinions on things.  And her insight into the emotional and intuition can be useful to balance with your logic and reasoning.

However, compliance is essential for leadership.  Even if she doesn’t agree with you on everything, she still needs to follow you.   You need to stop pursuing her when she won’t follow you.

She needs to accept your leadership 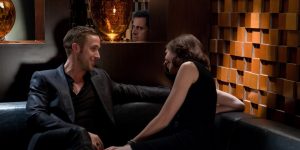 She will agree to accept your leadership.  She can give you feedback and discuss things with you.  However, she needs to agree to follow you.  It’s not about whether you’re right or wrong.  It’s about if she’s willing to comply with you.  Is she going to let you lead?  If so, she will be in the feminine role and you in the masculine role.

Here’s an example.  A few weeks ago I went on a date with a girl and met for coffee.  It wasn’t until we were at the coffee shop that she told me she didn’t drink coffee or tea.  So she got a hot chocolate instead.  I didn’t have to meet her at a  coffee shop, but it was what came to mind.  A disagreeable women would have complained or said she doesn’t want to meet there.  But a woman who likes you would either say she doesn’t drink coffee but is happy to meet you there, or wouldn’t even mention it like this girl.

Meeting for coffee is a small thing.

But in this detail I already get a glimpse at her femininity.  This doesn’t mean I’m going to marry a girl just because she shows some compliance.  However, it lets met know that she’s willing to follow my lead.  How you start is how you finish.  If you start off well with a girl, then it’s much easier to keep it that way.

Because she showed she was willing to comply with my leadership, I’m happy to keep on pursuing her.  It doesn’t feel like a chore to hang out with women  like this or to make plans.  They’re content with letting you lead the way and they want to join the ship you’re navigating.

I had a girlfriend who was like this too.  Many times she wouldn’t say she was tired or didn’t want to do something even when she wasn’t in the mood.  I wasn’t cruel to her to make her go out and do things when she’s sick.  But many times I wouldn’t even know that she didn’t really like something until later.

And while I thought this was bad at first, I realized it was a good quality.  She would rather do what I wanted to do and not mention she wasn’t really a fan of it, rather than be negative and always question my leadership.  She’d rather be feminine and comply then disagree and complain.  Of course she wasn’t like this 100% of the time.  If she wasn’t feeling good or really didn’t want to do something, she’d say something.

But only if it really bothered her.  90% of the time she was happy to do something I wanted to do, simply because she liked me, wanted to see me happy, and wanted a man to lead.

Whether you have a girlfriend or you just started dating a girl, compliance is essential.  If you don’t get compliance, then no need to yell or get emotional.  Instead realize that this girl may not be the one you want in your life.  If you’re a strong man, reasonable in your approach, and controlled in your energies, women who have interest in you will want to follow you.  These are the women you want to pursue. 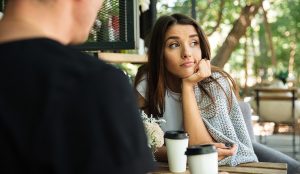 When guys write to me about women they’re talking to, or I do coaching calls, they’ll mention small problems for the get go.  Like a woman canceled the first date but never offered to reschedule.  Or their girlfriend  never wants to do what they want to.  I point out that they need to stop pursuing so hard because of how she acts.

However they usually want to sweep it under the rug.   But these small things are a big deal.  If your woman isn’t compliant in the little things, she won’t be with the big things.  You need to stop pursuing women who don’t want to follow you.

What happens when you stop pursuing?

One of two things happen when you stop pursing.

If you pursue when a woman doesn’t like you, it’s only a matter of time before she’ll break up with you / stop dating you.

When you pursue her when she’s not complying, she’ll lead and dominate.   She’ll either treat you poorly and / or she’s friendzone you.

It won’t be long before she’s dumping you if you two are in an exclusive relationship.  That’s why you need to set terms for the relationships you enter and check behavior that goes against that when it arises.

Even if she’s just a girl you started dating, you’ll end up being friendzoned or ghosted.

Great stuff! Just did this a few days ago.

Good to hear my man

Hello Rebel, I thank you for the progress you helped me make 2 years ago when I was simping and pursuing after a girl who loves to play mind games. I stopped pursuing her and she started to gain respect for me but I wasn’t interested in her anymore because I started to rotate girls according to your advice on your articles. Now it’s 2021, and i moved to a new city and met a new girl at a job audition 2 months ago and i like her.  We’ve been going back and forth on texts and calls ever since… Read more »