Why do Women Test Men?

Why do Women Test Men?

Why do women test men and how can you stop this?  Well, you can’t fully ever stop women from testing you.  Hell, even flirting is testing if you want to look at it like that.  But don’t worry, you don’t need to stress about women testing you.  It’s part of the dating game.

As Thanos would put it.

Dread from it.  Run from it.  Women testing men is part of nature.

However, you can definitely reduce the amount of tests that will come your way.  And more importantly, you can pass the tests.  It’s critical that after I explain why women test men, you don’t overthink it.  Overthinking will kill your game.

It can be useful to get information like what I’ll present here.  But don’t overthink it.  You can re-read it a few times to burn it into your mind.  But don’t struggle with the idea of why women test men.  Don’t get mad at women.  Don’t call them out “hey you’re testing me don’t do that shit”.  Instead, accept it’s part of the dating game.  Can this be reduced?  Hell yes.  When you stop failing these tests, you stop getting them.

To test your strength

Do you wish dating was different?  Maybe you wish that girls like to test you like back in the good old days.  Well, even though times were different, women always tested men.  It’s just that men of the past were stronger and didn’t give a shit about the tests.

Men now are more feminine.  Which means women have gotten used to testing men more and more and more than ever before. So while you could get mad at women for this, it’d be misplaced anger.  Getting mad at women will just show you care too much, and it’s really all the weak men she ran into before  in the first place.

Women in today’s day and age are a result of feminine men.  It may not be your fault women are testing you. but it’s the fault of weak men who are thirsty and put her on a pedestal.

That’s why women test in the first place

Evolutionary speaking, women are designed to mate with the strongest males.  That may mean physically strongest, or mentally strongest, or both.  In this day and age, having muscles definitely helps attract women.  However, you passing tests is about mental strength.  In the past, a physically strong man would’ve passed the mental tests.  Because he would’ve already liked killed many animals and have killed other men just to survive.  So his physical strength and mental strength were one and the same.  That’s why women like men who have muscles and look good, but who are also confident and mentally strong.

Still workout and look as good as possible.  However, that will only help you attract women.  In order to keep her attraction and interest in you, you need to pass her tests.  Women test men because it insures that if he can pass her tests, he’s mentally strong and will be able to overcome other challenges.  If he can handle her  testing him, then he can also have a higher chance at figuring out solutions to problems and defend her against other men.  Whether or not this is actually true depends on the capabilities of the man.  But women don’t care about what’s  actually true in this case.  They care you how make them feel.  Women test men to see if they can feel like they’re with a strong man. 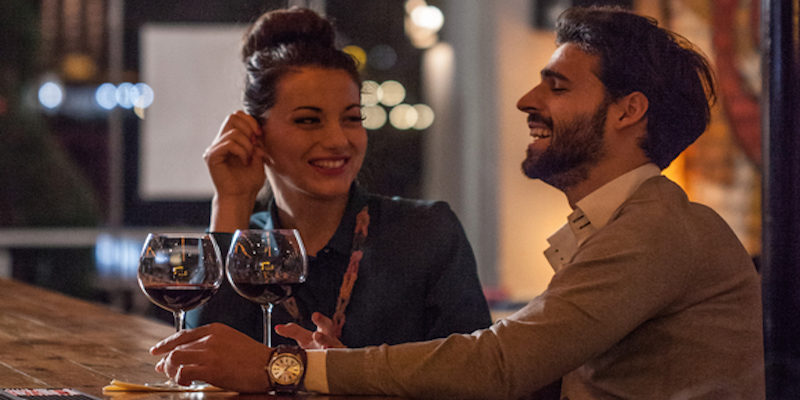 Girls like to test you the most when you first meet them.  The exception to this is if they really, really like you.  A girl who just really likes you won’t test you as much.  That’s because she already views you as amazing and she doesn’t want to mess up that fantasy for herself.  So she’ll try to make it easy for you to get the date, get sex, and in general get her affection.

This will change once you know her more.  Then some more tests will come.  But if you pass the tests early on and continue to pass the, you’ll find that they rarely come up.  Dating women who like you a ton from the get go is always more fun because as long as you maintain a masculine frame, it’s easy to keep them head over heels in love with you.

However, most girls you meet will probably only have medium or low interest in you.  They have enough interest to potentially meet up, talk, or have sex with you, but they’re unsure.  It’s best to raise your value so high that you only deal with super high interest women.  I know that most of you won’t follow that advice so that’s why there’s articles like this in the first place.

When you meet a woman with medium or low interest, she’ll test you often.  She’ll respond slow, question your ideas, and be vague in her attitude towards you.  After she comes over and you hook up, high interest women will hit you up right away the next day saying they had a great time.  They’ll try and keep you engaged and make it clear they want to see you again.  Low to medium interest  women will wait for you to hit them up. 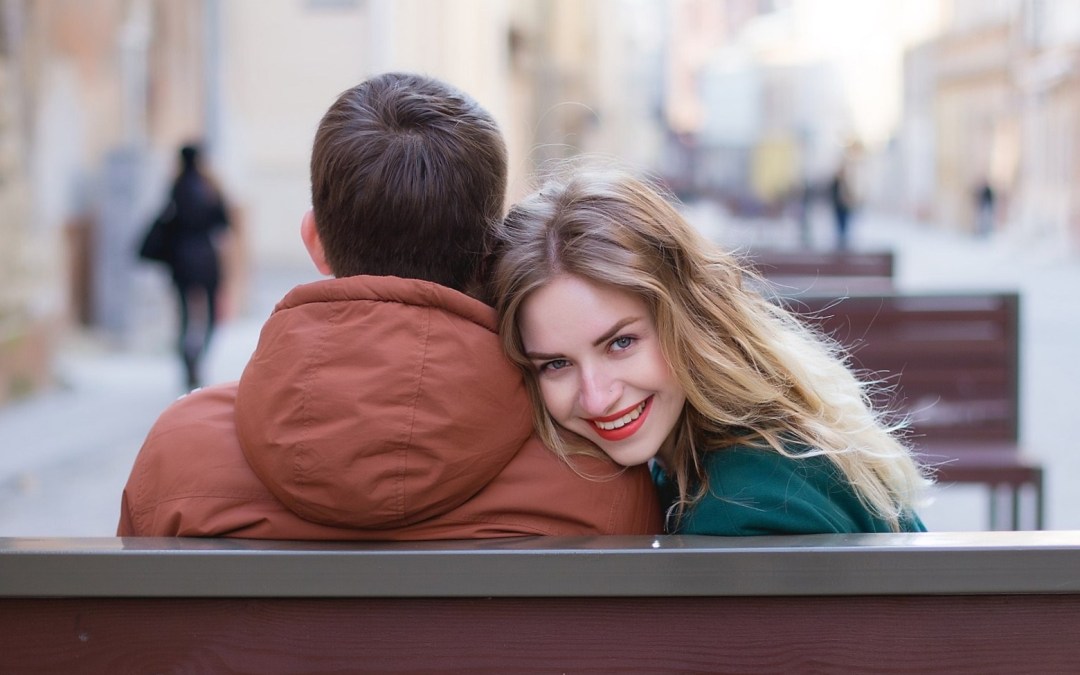 Girlfriends or wives will test you as well.  They’ll pull back sex, blame their bad day on you, pick unnecessary fights, stop doing duties  they agreed upon doing, and so on.

They also test you to test your strength.  Women test men to test his value.  Even boyfriends / husbands.  In fact, they just might test these men the most.  But why?  These are the men who have committed to them and who have built a life with them.  Why would they test men like this?

Because girls like to test you to see if you’re still that man.  They gotta see if your value is still higher than theirs.  If it is, they stay attracted and in love with you.

The problem is that men in relationships often fail one test, which leads to another test, and another, and another.  The more tests you fail, the more your girl will test you.  And not just test you the same, but worse.  She’ll push the limits every time.

The longer you’ve been with a woman and the more strength you’ve shown, the more lenient she’ll be when you fail a test.  However, if you don’t start passing, then you can be betaized in a relationship.

What’s the solution to a woman testing you?

Women test men to test strength.  You can’t be mad at them.  That’s how the human species has gotten as far as it’s gotten.  However, you can’t just sit there like a bitch.

You do the only logical thing to do.

Simple as that.  Passing tests isn’t complicated.  There’s light tests and big tests.  Light tests are things like her trying  to be snarky with you or withholding sex.  Yes believe it or not, withholding sex is a light test.  Lesser  men will think it’s a big deal.  It’s not.  As long as you nip it in the bud quickly.

1. Light tests can be overlooked

You do that by overlooking the test.  If she’s withholding sex, stop cuddling with her.   Come back home later, get up earlier.  Stop pursuing sex with her.  Give her less attention.  Within a matter of days she’ll be all over you.

If she’s trying to be snarky don’t apologize when you did nothing wrong.  Ignore her and let her come apologize for her rude behavior.

2. Bigger tests Must be Dealt with

Bigger tests should not be ignored.  These generally happen with girlfriends or wives, but can also happen with any girl you’ve been seeing for quite some time.  This is when she blames you for something that’s not your fault, she lies, is going out with her friends, posting inappropriate things on social media, and so on, with the latter few only applying to girlfriends / wives.

If a woman is blaming you for something that’s not your fault (like her feelings), or is lying to you, etc., then she’s outwardly disrespecting you.  She’s compromising the integrity of the relationship.  You handle this like a man should.

If she disrespects you, check her.  You stand your ground.  No need to yell at her.  However, you tell her she’s wrong for disrespecting you.  Then you explain to her why.  When she accepts that you’re right, then she can apologize.  If she starts yelling or gets upset and won’t listen to you, then you remove yourself from the situation.  You can tell her you two can talk when she decides to be mature.

Once she calms down, you can allow her to talk to you.  She can apologize for being rude, you can then tell her why her behavior was wrong, and she can again apologize.

No woman is perfect.  She will make mistakes, because it’s only natural she’ll test you.  That being said, you must know that you still need to correct her behavior.  This will instill greater respect for you and the integrity of the relationship will be maintained.

Women will test you

Women will test you to test your strength.   Pass these tests.  You do that by ignoring the light ones and pulling back your attention. With the bigger ones, you address them directly with her.  Simple as  that.  If you become a real man, this will happen naturally for you.