Why is She Acting Distant All of a Sudden? The 3 Cold Truths

Why is she acting distant all of a sudden?

Why is she acting distant all of a sudden?  Is a girl you just met that seemed super interested not texting you back?  Or maybe she’s been a part of your life for longer and now is nowhere to be seen.  Even a girlfriend or wife can suddenly change their behavior in the relationship seemingly overnight.

Whatever the exact case is, I get messages all of the time from guys asking why a girl suddenly becomes distant and cold towards them.  I’ve experienced myself in different situations to understand the general reasons.

Realize this is part of the dating game

However, lucky for you that this isn’t the end of the world.  Don’t freak out if you’re wondering why is she acting distant all of a sudden.  It doesn’t seem fair, especially if you’ve been great towards her.  But this is part of the dating game.  When you understand that all men have dealt with a situation with a woman when she becomes distant and cold towards him, you realize  it’s a normal part of the dating game.

That being said, it’s important that you know how to handle her when he becomes cold and distant.  We’ll break down the reasons why a girl suddenly becomes distant and then more importantly what you should do about it.

Why do women act so cold and distant towards you all of a sudden?  It’s likely one of these 3 things:

1. Temporarily turned off by you

This is the most likely situation for most of you who may be less experienced.  When you act in weak ways, like failing her shit tests, putting her on a pedestal, and valuing her more than yourself, chances are she’s going to be cold and distant towards you.

Because acting weak, like a beta or nice guy, however you want to word it, turns her off.  This could have been you acting weak multiple times, or just once.  The longer  you know a girl, like a girlfriend for example, the more weakness it will take to turn her off.  With a girl you just met a few days ago, she can be turned off at the first sign of weakness.

Don’t complain about it.

I know it seems unfair but that’s the nature of the game.  Now that you know, you can be prepared next time.  But don’t explain to her why she feels this way.  Instead, just realize that the reason why is she acting distant all of a sudden is because you were acting weak.  Don’t go apologizing for your weak behaviors just yet though.  That will only make you more weak.

It’s possible that she met another man.  He could be fucking her right.  But don’t worry, most men will fail in this area.

This could be the case if you just met her or have only been seeing her for a few weeks.

Although this could happen to a girlfriend or wife  as well, this generally happens long after you start acting weak (see previous point).  This is much more likely with the girl you just met or women you date casually.  She could’ve had an ex boyfriend she dated for 5 years hit her up out of nowhere.  In this case, the 3 times you had sex or the 5 minute conversation is minuscule to the impact this guy has had on her life.  Don’t stress about it.

Regardless, there’s no way to know this is the case unless she tells you or you find out later.  There’s no point in overthinking “what if the reason why is she acting distant all of a sudden is because she met another guy?”  That will lead to weak simp behaviors on your part.  Just realize that could very well be a reason, but don’t overthink about it.

3. Is playing hard to get 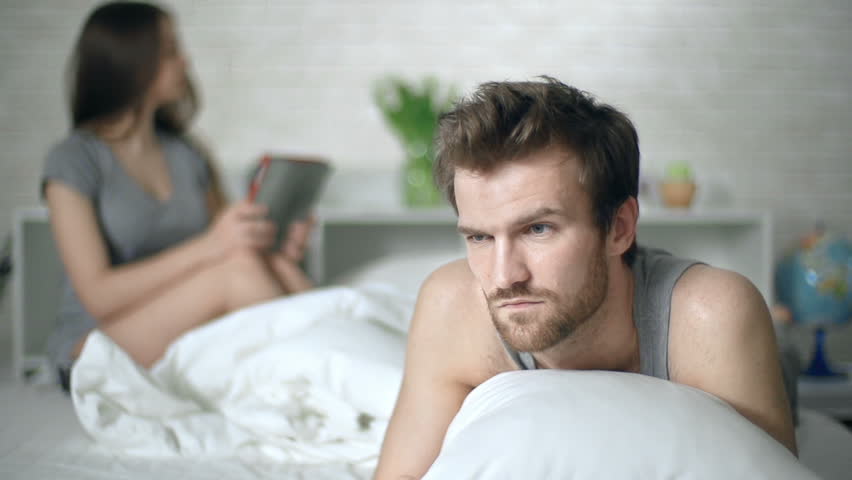 The last major reason why is she acting distant all of a sudden is because she’s playing hard to get.

In this situation, you could have been doing everything right.  And then a girl suddenly becomes distant and cold even though you two were doing well.

This is going to be common with girls you just started seeing.

Especially if you’ve had sex once or even a few times.  What she’s doing it backing off in the hopes that you chase.  Then when you chase her harder to get her attention, she gets more power and extra validation.  Should you fulfill this desire of hers?  Well if you want her to be cold and distant towards you forever then go for it.  If not, don’t do that.

What to do when she becomes distant

The first thing you do, no matter why is she acting distant all of a sudden is to give her the space.  If a girl suddenly becomes distant and cold then just back off.  She’s clearly showing she wants space.  So give that space to her.

Whether you were acting weak, she met another men, or she’s playing hard to get, she wants space.  Because in all cases, your value is being tested.  When you acted weak, you lowered your value.  Now she’s cold and distant to see if you’ll continue to lower your value. When she becomes distant from meeting another guy, it’s your value versus his.  If you back off and don’t chase when she goes cold, she’ll see your value as higher.  And even when she is playing hard to get, she wants you to win.  If she wins, she’ll go cold and distant on you for good.

Give her space and let her miss you 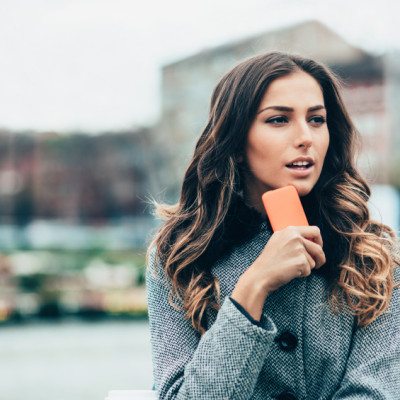 If she’s interested at all, she will contact you eventually.  Then you’ll have the power and she’ll be back in a feminine, loving state towards you.  If you’re unsure of which of the 3 reasons why is she acting distant all of a sudden then don’t worry about it.  The answer is still the same.  Give her space, let her reach back out to you.

If she never does, this means her interest would’ve been too low to ever engage with you.  We don’t want women who will just text us once in a while.  We want women who want to come over, have fun, and add value to our lives.

What to do when your girlfriend or wife becomes distant and cold?

So what if this is your girlfriend or wife.  Same thing.  Give her space and let her reach out.

If you know your wife or girlfriend is going through a hard time due to a family situation (parents are sick, family, lost a job, etc.), then it’s definitely possible she goes cold and distant on you.  I this case you should clearly know that it’s not you or her love life, and instead the emotional stress of these things.  In this case it’s okay to try to talk to her or comfort her  once.

But if she’s not open to talking or just having you comfort her – most women will be happy to have their man comfort them – then still give her space.

Even when women are stressing out in other areas in life, they’ll usually cling to  their man even harder than usual.  While it’s possible she pushes you away, most situations a girlfriend or wife won’t act cold and distant when her life goes to shit.  If anything, she’ll actively want to find comfort in you more than usual.

That’s why even for guys with girlfriends or wives, if she suddenly changed her behavior in the relationship and went cold, I would still give her space. 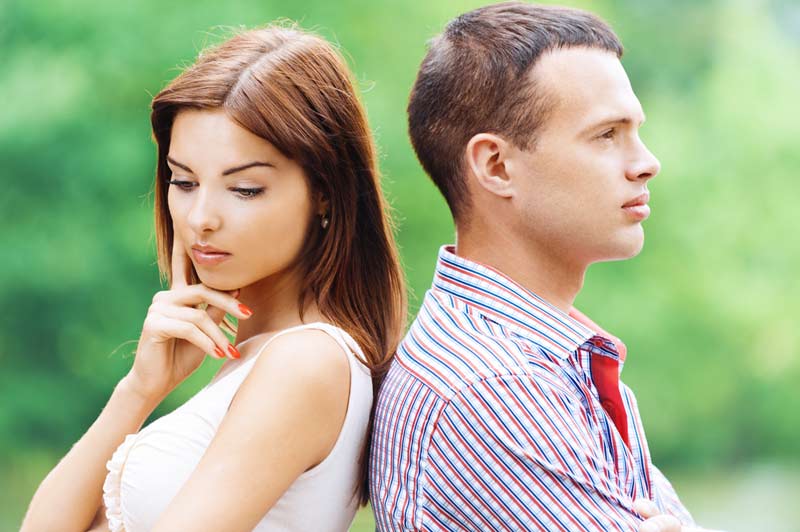 Women’s emotions change like the seasons, or more like hours in the day.  I know you just want to know why is she acting distant all of a sudden but sometimes you just got to let her be a woman.  If she backs off suddenly, then give her the space she wants.

That’s what she’s communicating to you when she becomes distant and cold.  If your girlfriend or wife, aka your supposed life partner is acting weird or distant then you can check her on it.

You can ask her what’s up.  But only do this if you know it hasn’t been you acting weak.  If a a girl suddenly becomes distant, even if she’s your girlfriend or wife, it’s still generally best to give her space.  Women naturally want to talk, and if you’re in an otherwise healthy relationship, she’ll want to talk eventually.

The point here isn’t to be mean to women.  Whether it’s just some girl you met and she went cold and distant all of a sudden, or a girlfriend/wife suddenly changed their behavior in the relationship the answer is still the same.

Give her space when she goes Cold and Distant

Give her the space she needs.  Don’t pursue her.  Doing this will turn her off and give her the power.  Once she has the power, her attraction for you will drop and drop.  This is why guys get ghosted by girls they just started seeing or dumped by a girlfriend.

You can probably figure out why is she acting distant all of a sudden.  But whether it was because you were weak or it’s just her playing games, the response is the same.  If she’s interested at all, she will contact you eventually.  Don’t chase her, let her work to get back into your life.

cold, cold and distant, distant, when she becomes distant